Fired up to win together, Parimatch and Virtus.Pro decide to continue their partnership into 2021.

Press release.- International betting holding Parimatch and esports organisation Virtus.Pro announced the continuation of the partnership for 2021. As part of the renewed agreement, Parimatch will continue to support Dota 2 and CS: GO rosters, and the company logo will still be displayed on the team’s uniform, official website, and social networks.

During the partnership with Parimatch, Virtus. Pro’s Dota 2 and CS: GO rosters have won many international tournaments, including the Kuala Lumpur Major and Flashpoint Season 2. The rosters have also secured themselves in the top of HLTV, ESL, and DPC ratings.

For Parimatch, the development of esports is one of the priority business areas. The commitment to esports is reflected in the company’s products, mobile apps, special promotions, and game mechanics for game fans. The company also collaborates with renowned esports organisations, supports tournaments in various disciplines, creates content for the esports community, and organises its own professional leagues.

For example, the holding held several seasons of the Parimatch League Dota 2 tournament, which attracts viewers: the second season has collected over 6.9 million views on Twitch and won the MarSpo Awards 2020 in the nomination “Best Sponsored Integration / Activation in Esports”.

Stepan Shulga, Head of esports Parimatch, said: “Virtus.pro is a unique team for us. We have been together from the very beginning when the esports concept was a wonder for the betting industry. Since that time, the teams have entirely renewed: imagine, we signed contracts when there were other rosters.

“It is both valuable and exciting that, having survived a complete reincarnation, VP is again on the first lines of the world rankings in Dota 2 and CS: GO. So go, go, VP! “

Sergey Glamazda, CEO of Virtus.pro, added: “This year marks three years of our cooperation with Parimatch, and we are glad that all this time we have been walking hand in hand with such a reliable partner.

“We have already implemented many joint projects, and there will be even more in the future. We appreciate Parimatch supports the club’s development and is confident that together we can achieve our goals.” 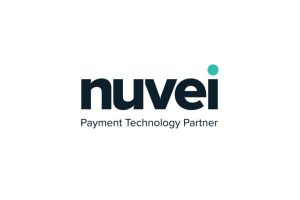