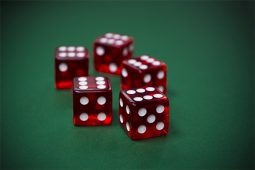 Mohegan Gaming & Entertainment seems to be the company closer to the future casino.
by Paul Lancaster

With just a few more weeks until the bidding process ends, three companies have shown interest in the future Elliniko casino.

Greece.- The bidding process for the future casino in Elliniko, Greece, will end at the end of next month. Despite having more time to submit proposals, three companies are likely to bid for the facility.

Mohegan Gaming & Entertainment (MGE), Hard Rock Cafe and Genting are the three companies that will bid for the Elliniko casino, local media ekathimerini.com reported. Mohegan is the operator that has been the most vocal in regards to its interest in the facility.

Mario Kontomerkos, CEO of MGE has visited the country a number of times since the government announced the casino. The company has also revealed a local partner for the development. Mohegan joined construction firm GEK Terna to push for the gaming licence at Greece’s €8 billion project.

GEK Terna’s “reliability, effectiveness and deep knowledge of the Greek market will help us fulfil our vision for the Hellinikon area,” MGE CEO Mario Kontomerkos said.

Moreover, the government expects no extensions to the deadline to submit the bids. They also said that they don’t expect any problems in the upcoming weeks.

“The International Tender will be conducted on the basis of the most economically advantageous offer based on price-quality ratio. Interested Parties will receive information about the Tender by accessing the Virtual Data Room (VDR). The VDR contains the Concession Agreement Documents in digital form and other supporting information,” detailed the statement from the commission.