The casino operator parted ways with Miomni and is now suing the company.
by Paul Lancaster

After it missed out on March Madness due to a contract dispute, West Virginia’s Delaware North sued Miomni Gaming.

US.- The sports betting segment is obtaining good results in every state that has launched it, except for two West Virginia casinos. After a contract dispute prevented it from taking advantage of March Madness, operator Delaware North is suing partner Miomni Gaming.

The casino operator had its two casinos sitting out of the NCAA basketball tournament due to the dispute. That’s why it decided to sue both its tech partner and its CEO, Michael P. Venner.

According to Delaware North, Miomni misrepresented its ownership of a key part of the sports betting platform.

Such a conflict had the company sitting out of a multi-million dollar opportunity.

The casinos’ owner explained its technology platform provider (Miomni Gaming) “encountered a contract dispute with a third-party technology supplier,” which forced them to suspend their operations.

The casino owner had apologised for suspending operations. However, it clarified they’d be “honouring and redeeming all resulted bets and are working to determine a timeframe to restoration.”

It still remains unknown what type of legal issue has forced the parties to decide to suspend taking sports wagers.

Delaware North informed the West Virginia Lottery Commission that it is taking steps to terminate its partnership with Miomni Gaming.

The casinos’ owner explained its technology platform provider (Miomni Gaming) “encountered a contract dispute with a third-party technology supplier.” That forced them to suspend their operations in both Wheeling Island and Mardi Gras casinos. 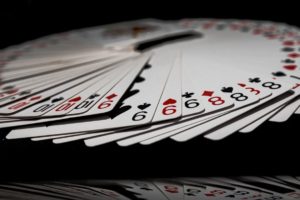