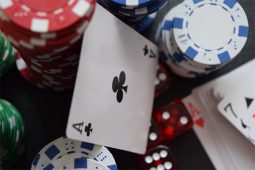 A Miyagi IR bid could be possible, but the Governor has yet to decide on it.
by Paul Lancaster

Miyagi’s IR bid is still uncertain as Governor Yoshihiro Murai says that he hasn’t reached a conclusion yet on whether he wants to push for development.

Japan.- The casino industry has already drawn major interest from many Japanese regions ahead of its regulation. While they wait for the definite rules, some are still assessing whether they’ll push for a venue themselves.

Such is the case of Miyagi’s potential integrated resort (IR) bid, as Governor Yoshihiro Murai remains undecided on it.

“I want to determine if it is possible (…) based on the small size of the local population,” he said. “I want to make a comprehensive decision that considers the feelings of local residents,” AGBrief quoted him saying.

As regional governments push to get their own development, Yokohama may join the debate for an IR bid.

According to The Japan Times, Yokohama Mayor Fumiko Hayashi may announce the prefecture’s interest in developing an entertainment project. It would join a race with the governments of Osaka, Wakayama and Nagasaki, which have already announced their interest.

The city of Yokohama would build its IR at the 47-hectare Yamashita Wharf, by Yamashita Park. The authorities will submit a draft extra budget covering €2.2 million for the bidding process.