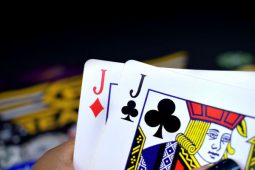 The Mexican president told his officials that new casino licences will not be approved during his term.
by Paul Lancaster

The President of Mexico has announced that while he is in charge, there will be no new casino openings.

Mexico.- The President of Mexico Andrés Manuel López Obrador has announced new limitations for the casino industry. The president told his officials that new casino licences will not be approved during his term.

The government also announced that it will strengthen controls for the casino and gambling industry. The president informed his intentions during a meeting with casino representatives late last week. The official meeting also featured the presence of Julio Scherer, the legal counsel for the Presidency.

As part of an initiative to improve responsible gambling in the country, Mexican regulators also met in Panama to share their experiences on the subject. The regulators discussed tax regulations to boost local economies. Executives from both regulatory bodies showed their intentions to strengthen the regulated markets under a joint experience.

In the past year, the gaming industry in the Latin American country reported profits that surpassed other business sectors. This is why the Secretaría de la Gobernación (SEGOB), which is the Ministry of the Interior, aims to improve the legal market and the operators that contribute to the development of the country.