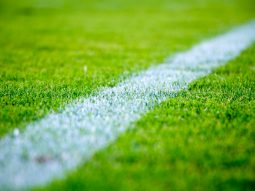 The association said that it flagged a total of 51 events to operator members and regulatory bodies.
by Paul Lancaster

IBIA reported a decrease in suspicious activity around betting during the second quarter of the year.

US. The International Betting Integrity Association (IBIA) -previously known as ESSA- has reported that the number of alerts it received for suspicious betting activity decreased 17% year-on-year during the second quarter of the current year.

The association said that it flagged a total of 51 events to operator members and regulatory bodies between March 31 and June 30. This figure represents a 38% quarter-on-quarter rise.

Once again, tennis was the sport that generated the biggest number of alerts in the second quarter of the year. It accounted for 25 of the suspicious activity reports filed in the three month period. On a year-on-year basis, the 25 reports represent a significant drop as last year there were 44 alerts issued in the second quarter.

Football occupied the second spot with 18 alerts. There were two alerts for volleyball and eSports, while one each for basketball, table tennis, pool and ice hockey.

When announcing the rebrand, the body focused on the global sports betting industry said that this initiative is part of a desire to better show the debate around betting and integrity issues around the world and how they have a leading role in that discussion.

The association will continue to represent the largest regulated sports betting operators in the world. It counts with approximately 50 brands contributing to its monitoring and alert platform, the International Betting Integrity Association said.