Casinos & Gambling in Alabama | Everything you should know! 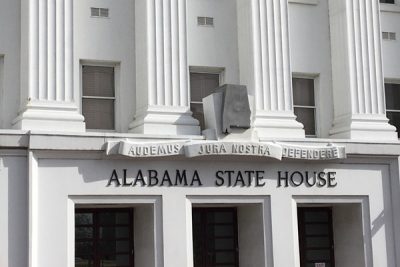 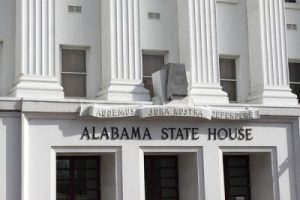 Gambling in the US is already big business and only expected to further increase over the coming years. One state not on most people’s radars is Alabama, which is also known for being one of the most conservative in the country.

Alabama gambling has, historically, been restricted significantly by the state’s constitution. But since times and attitudes are changing throughout the US, could that also be the case in the Yellowhammer State?

On this page, you’ll find a complete overview of gambling in Alabama. We’ll break down the current laws surrounding this activity and look to the future to see if anything is likely to change soon.

In theory, yes – Alabama gambling is legal. But regulated options for players in the state are severely limited.

Almost all forms of gambling are currently banned, and the punishment for taking part in these forbidden activities is not overly friendly.

Let’s take a look at state laws for each gambling vertical.

Sports betting is completely illegal in Alabama. State legislators have made attempts to change this, but as of June 2021, have not yet been successful.

Alabamans can bet on horse racing events, and you’ll find plenty of racetracks throughout the state.

Commercial land-based casinos are not allowed to operate in Alabama. The state constitution isn’t particularly accommodating to this vertical; even social casinos are banned.

With that being said, four tribal casinos exist in the state. These are:

Players who want to visit any of the limited gambling casinos in Alabama must be aged 21 or above.

Pari-mutuel betting is also allowed in the state; players must be at least 18 to participate.

Again, Alabama gambling isn’t very welcoming when talking about the online version. Like their land-based counterparts, digital casinos are banned.

However, players can enjoy daily fantasy sports online; the same is true for horse racing.

Bingo is the only form of charitable gambling allowed in Alabama.

Alabama does not have a regulated lottery operator.

What Are the Punishments for Illegal Alabama Gambling?

Alabama gambling punishments aren’t as severe as in other states, such as Illinois. However, they should still be taken seriously.

Participating in any form of gambling that isn’t allowed is considered a class C misdemeanour. Those found guilty could face up to three months in prison or a maximum fine of $500 – or both – depending on the severity of their offence.

Why is Alabama Gambling so Restrictive?

No definitive answer can point to why gambling casinos in Alabama are so thin on the ground. But we can look to a few areas that may offer a better explanation.

Firstly, Alabama is well-known for being one of the most religious states in the US. It is within the Bible Belt, a term used to encompass part of the south where religion plays a crucial role in politics and more.

You can still see the impact of religion in everyday Alabaman life; some counties have restrictions towards alcohol, while Sundays are very much a day of no business.

Tying in with the above, Alabama is also known for being one of the most conservative states in the country. You would have to go all the way back to 1976, for example, for the last time that most people in the state did not vote for a Republican candidate in general elections.

In addition to its political leaning in official elections, Alabama has also had sterner attitudes towards homosexuality and other alternative lifestyles until recent years.

Alabama Casinos: How Can I Play?

To get a taste of casino gambling in Alabama, you would need to venture out to one of its four tribal casinos.

If you happen to find yourself in the capital Montgomery, you’re in luck. The city itself has one casino, while Wind Creek Wetumpka is not much longer than 20 minutes away by car.

Victoryland is also only a 25-minute drive away.

If you’re in Birmingham, the state’s largest city, things are a lot more complicated. Wind Creek Atmore is over two hours away by car, and none of the others are nearby either.

To get to Victoryland, you’d need to drive for more than an hour-and-a-half. Wind Creek Wetumpka and Montgomery are also similar distances from one another.

Despite Alabama gambling’s many restrictions, residents may find solitude in neighbouring states, most of which have much more open policies in this area.

Tennessee permits online sports betting, though no land-based casinos exist. Mississippi, meanwhile, has a selection of riverboat casinos that players can visit and play their favourite games.

While Georgia is arguably even more unwelcoming towards gambling than its neighbour to the west, Florida allows some forms of gambling – particularly when it comes to tribal casinos.

The Future of Alabama Gambling

Having read this article so far, you probably think that Alabama casinos are doubtful to expand beyond the four mentioned earlier. Never say never, though – stranger things have happened.

With that being said, any casino legislation changes in the Heart of Dixie are likely to take a while. Sports betting has had trouble breaking through thus far, and even charitable gambling is largely restricted.

Allowing Alabama gambling to expand in the form of casinos would take a significant mindset shift. As such, don’t hold your breath on much progress taking place for the foreseeable future.

Alabama Gambling: Unlikely to Be on Many People’s Radars Anytime Soon

You’ve got to travel far-fetched to see gambling casinos in Alabama. And if you’re within state borders, betting online might be feasible with offshore operators – but isn’t recommended.

While casinos exist in the state, getting to them is too much of a hassle unless you’re in Montgomery. As such, you’re better off trying elsewhere; some nearby states are a little more accommodating towards gambling, though laws in the south are more restrictive for sure. Even though the US gambling industry is evolving rapidly, and people throughout the country are starting to welcome the activity more, attitudes are unlikely to change in Alabama for the time being.