Lottery faces hard laws in the UK. Credits: The Balance.
by Paul Lancaster

The UK National Lottery will be evaluated by its provider, Camelot, due to low sales.

UK.- As the UK National Lottery has faced an 8.8 percent drop, its provider, Camelot, has announced it will review the strategy and current structure of the popular game. According to the iGaming Business, the major concern of the gaming company is its new competitors such as Lottoland as they are exempt of paying further contributions to charities.

The news outlet stated that the UK National Lottery sales have fallen from £7.59 billion from 2015 to £6.92 billion during the period of 2016 to 2017. Meanwhile, the recent results represent the company’s fourth highest report. Jo Taylor, chairman of Camelot, commented to the iGaming Business: “Achieving the fourth-highest ever sales, creating a record number of lottery millionaires and raising over £30 million every week for Good Causes is no mean feat. However, sales in 2016/17 fell well short of where we’d like them to be – and that’s largely down to a disappointing year for draw-based games and Lotto in particular.”

The chairman said that there’s clearly work to be done to re-engage players and address the performance of their draw-based games, “and this is one key area that Nigel is focusing on as part of the wider review he is conducting.”

“Given the current climate of economic uncertainty and increasing competition from the gambling sector, we expect 2017/18 to be equally, if not more, challenging for The National Lottery. It will therefore take time to turn things around and I anticipate a further sales decline this year. I am, however, confident that the review will enable us to put the business on the best possible footing to get back into growth – and so deliver even more for our players and the millions of people for whom National Lottery funding is so crucial over the remainder of this licence period,” he added. 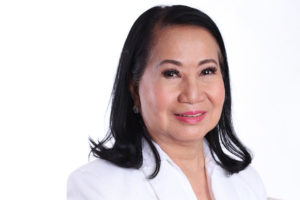