In an earnings call with company’s investors on Monday, Golden Entertainment reported a 21.9 increase in revenue but a decline on its earnings.

US.- Golden Entertainment reported an increase in revenue for its fourth-quarter earnings after making a 2.900-slot expansion in Montana and opening five taverns in the Las Vegas Valley during 2016. The report indicates a 21.9 percent leap in revenue over 2015’s fourth quarter in addition to a 29.1 percent increment in cash flow.

Despite the boost in revenue, the decline in earnings for the fourth quarter was tough for the company in a period that included a US$5.1 million income tax benefit that’s linked to the discharge of a percentage of the valuation allowance against deferred tax assets.

Golden Entertainment’s also increased by a 10.9 percent its stock value, US$1.28 a share, to US$13.08 on heavy trading in regular trade. Company’s CFO Charles Protell acted surprised during Monday’s call and told investors he did not know why the stock climbed so quickly.

Blake Sartini, Golden Chairman and CEO, commented that the company’s focus on cost controls and disciplined management along with strong business volumes would benefit the company. Golden, owns the PT’s Pub, Sean Patrick’s and Sierra Gold pub franchises and plans to open seven Las Vegas taverns in 2017. That way, they intend to keep a development pipeline active beyond that as part of the company’s aggressive expansion strategy in Nevada’s tavern industry.

Sartini also aknowledged recent major-league sports interest in Las Vegas as a good fit for one of Golden’s main revenue generators: “We are hopeful that the NFL’s Oakland Raiders follow the lead of the NHL’s Vegas Golden Knights who will have their first game at T-Mobile Arena in the city later this year.”

The Raiders might relocate the team to Las Vegas if the vote of league owners (that will take place by the end of the month) its favorable to the team’s request. The Golden Knights, on the other hand, are a new National Hockey League franchise and will begin to play next October.

In addition to its ownership of tavern franchises, Golden is also the operator of four casinos in Pahrump and in Rocky Gap, Maryland. Sartini said that, despite the opening of MGM Resorts International’s National Harbor last December, Rocky Gap has continued to grow its yearly revenue. 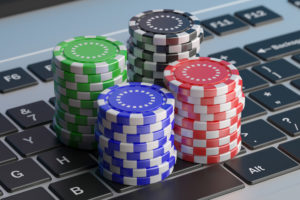