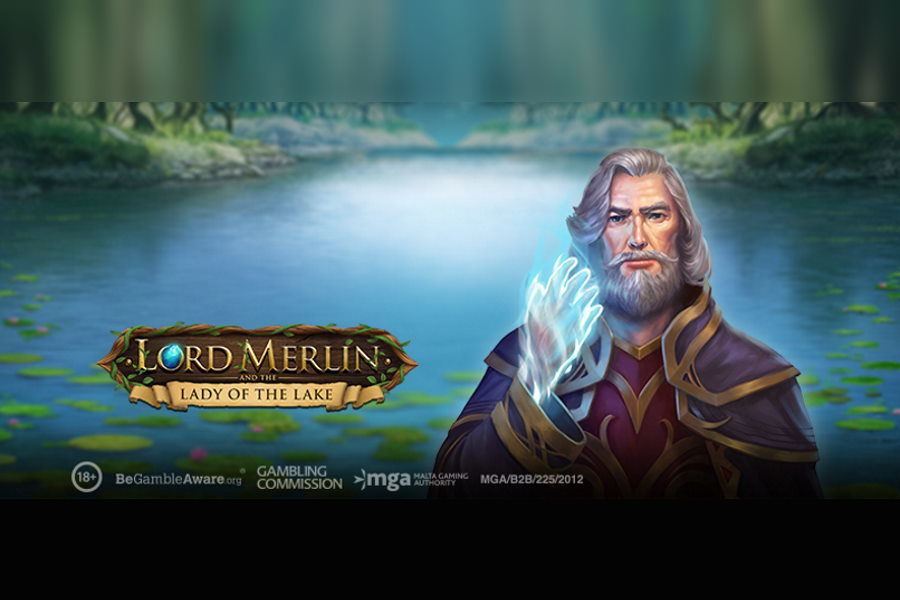 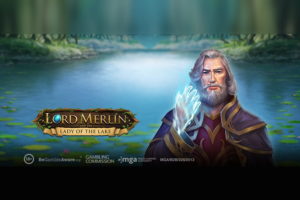 Lord Merlin & The Lady of The Lake is the latest title from Play'n GO.
by fnoodt

Play’n GO continues to expand its games portfolio with the Rise of Merlin sequel – Lord Merlin & The Lady of The Lake.

Press releases.- Play’n GO have come up with another magical title this week, as they announce the release of their latest slot, Lord Merlin & The Lady of The Lake.

The game is another addition to the Arthurian family of slots Play’n GO have brought into their content library. Play’n GO have steadily been increasing their game “families”, creating and expanding groups of games that share recognisable characters, themes or settings.

This has proven a hit with players, allowing them to enjoy new games and experiences whilst still enjoying what they love about previous games they have played.

The 5×3 slot focuses on an earlier time in the great wizard Merlin’s life, specifically the start of his relationship with Vivian, the Lady of the Lake.

Although they are known to be adversaries in the many tales of Merlin’s life, their relationship started as a romantic one, a perspective not often explored in the telling of their story.

Lord Merlin and The Lady of the Lake is a sequel to their 2019 release Rise of Merlin, which also focused on the earlier period of Merlin’s life. That title became immensely popular with audiences around Europe, and now the supplier is giving audiences more of what they enjoy by expanding on the legend.

Lord Merlin and the Lady of the Lake will give players plenty to love. There’s a free spin round, that will randomly select a symbol to expand in the reels in each spin, offering the possibility of a screen full of Wilds; a nested feature inside the free spin round and, maybe most impressive of all, double the potential of Rise of Merlin!

This game may be linked to others, but it still stands on its own two feet, something that’s very important according to CPO Martin Zettergren:

“Our ‘families’ link games together under a recognisable umbrella; players see this and know that they are going to get the same great entertainment as a game they have enjoyed previously.

However, familiarity alone will not keep players engaged; each game has to bring something different to the table, otherwise what’s the point?”

Lord Merlin & The Lady of the Lake is out for release today.