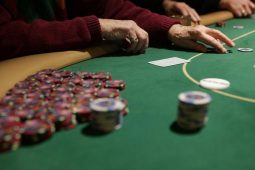 PAGCOR's gaming and residential communities have sparked criticism in the region.
by Paul Lancaster

Philippines.- The Philippine Amusement and Gaming Corp. (PAGCOR) recently announced a very controversial plan. The gaming governing body is seeking to create “self-contained” communities to get Chinese citizens to “live, work and play.”

These communities are aimed at those employed in the iGaming segment and were severely criticised.

However, PAGCOR chairwoman and CEO Andrea Domingo stood by the gaming body plans. She said they are the kind of protection the government would expect Filipinos to get if they worked abroad.

“These hubs were conceptualized to respond to and address the concerns which Pagcor management has received over the two years since it has regulated the offshore gaming industry,” the agency assured.

China-Philippines relations have been tough lately regarding gambling. That’s why China’s embassy in Manila explained any forms of gambling by its residents in Philippine casinos is illegal.

Online and phone betting in the neighbouring country has bloomed over the last few years. That’s why the Chinese government is worried about the amount of money flowing out of the country.

“A conservative estimate shows that gambling-related funds flowing illegally out of China and into the Philippines amounts to hundreds of millions of yuan every year,” said a Chinese embassy statement. “There are analysts who believe that part of the illegal gambling funds have flown into local real estate markets and other sectors in the Philippines.”