The ruling administration introduced an amendment that would ban them from live sports broadcasts.
by fsaffores

Opponents to the prohibition amendment created the “Australian Online Poker Alliance” to defend the sector.

Australia.- Online poker supporters created the “Australian Online Poker Alliance (AOPA)” in order to exhort authorities to legalise the sector. The group is gathering the opponents against the latest amendment that prohibits online poker activities in the country. AOPA proposes a complete framework to regulate the sector and bring benefits to the Australian government as well.

Australian Online Poker Alliance offers a platform to discuss the issue and promote their petition to the government. The website also informs residents on how to contact their local elected members of the Parliament to express their disagreement with the amendment approved in November 2016.

Online poker platforms were operating in a “grey area” due to the lack of legislation. Leading poker operators gloablly, such as 888Poker, have exited the market; whilst PokerStars announced its intentions to follow the same path. So far, the AOPA seems to be gaining highly recognition among Australian poker players. Joe Hachem, the 2005 World Series of Poker Champion, revealed to the local press his support of responsible poker legalisation.

“It is amazing just how many poker players have come out and supported our fight to keep online poker in Australia,” commented Joseph Del Duca, one of AOPA’s representatives. “The support has ranged from people of all ages from right across the country. It just shows that poker is truly a game which can be enjoyed by everyone. This is why we are fighting so hard to keep it.” 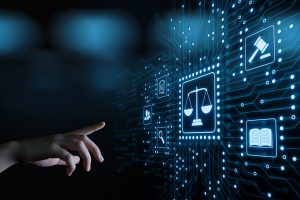