The next edition of Juegos Miami will take place from May 30th to June 1st.

US.- Support for the forthcoming Juegos Miami (May 30th – 1st June, The Biltmore, Miami) has risen to new levels, with over 35 commercial organisations set to feature at the show with either a stand, showroom or a sponsorship presence. The growing commitment reflects the high-profile stature of the C-Level business event, now in its third year, which has been created in partnership with the industry to meet the specific demands of the Pan-Latin American and Caribbean markets.

Event Director, Greg Saint, said: “The level of support for Juegos Miami has continued to grow since its inception three years ago and in 2018, with both the industry’s increased focus on the region in 2018 and the fact that this year’s event has been co-located with GiGse, we’re looking forward to building on the previous editions of the show for our most successful year yet.”

Greg Saint reflected: “Our objective in launching Juegos Miami was to meet the demands of the market for a C-Level event which brought together gaming’s leading innovators, thinkers and political influencers in a unique and dedicated environment, and the increased response this year underlines its status as the region’s most influential gaming networking opportunity. As Event Director I’m delighted to see our line-up of international exhibitors and sponsors reflecting the continued interest that exists in what is one of the most exciting and dynamic emerging markets in the world”

Juegos Miami features a powerful, strategic learning programme presented alongside a line-up of tier-one international exhibitors and sponsors. Attendance is limited to senior decision makers from operating companies as well as government and regulators from the Latin American and Caribbean region(s). The 2018 edition is co-located with GiGse, the platform of choice for US gaming operators, regulators and suppliers. 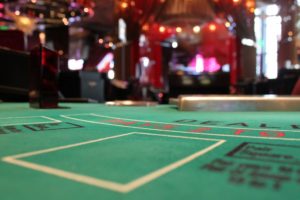