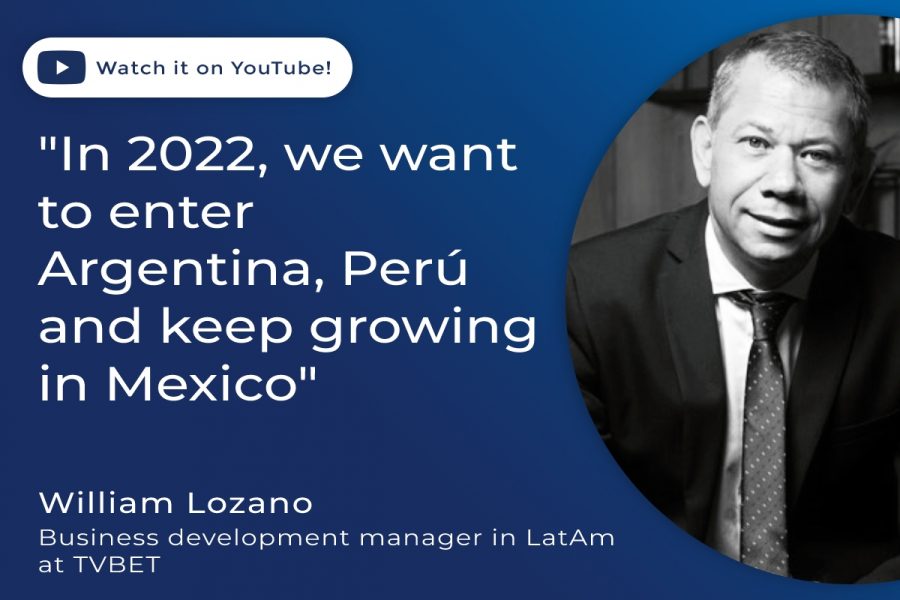 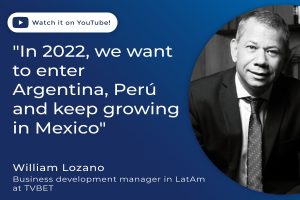 William Lozano, business development manager for Latin America at TVBET spoke with Focus Gaming News and explained the keys to the success of their games, in a complex year such as 2021.

Exclusive interview.- After a complex year that resulted in decline inactivity, and in which companies had to implement new protocols to reactivate, William Lozano, business development manager for Latin America at TVBET, spoke with Focus Gaming News about how the online gaming company was able to cope with this unusual situation.

The difficulties of the pandemic

The manager emphasized that the pandemic affected everyone, including this company that, despite specializing in online games, presents them live from a studio. “Carrying out it personally forced us to take measures not to generate contagions, although at first, the studies had to be closed.”

Lozano explained that those who suffered the most were the operators, because there were practically no live sporting events. And because of that, many people looked for an alternative: virtual games. “In Colombia, for example, Coljuegos authorized casinos in July to operate online games. While those who work in a personal way still suffer the consequences of the closures ”, he highlighted.

The key to recovery and expansion model

The manager said that the company recovered thanks to the development of four games that were very requested.

“Creating a game is not easy. There are many things behind it. We take into account that the player asks for it, that it has a market and that it can be understood just by looking at it, without the need for additional explanations”, Lozano explained. And he added on this last point that it is an added value for both the operator and the player who constantly wants new content.

Creating a game is not easy

On the other hand, the executive explained that communication plays a fundamental role in business expansion plans. “Talent and looking for the right people to get the messages through the correct channels is very important for us. TVBET wanted to expand to LATAM, where I think it already has a guaranteed place. Now we are looking for a team in Africa and Asia that is capable of transmitting the same messages”, he stressed.

Lozano assured that Latin America is somewhat misleading. He said that there are 600 million inhabitants, but that, for example, in Colombia there are 50 million, of which 30 million are in a very difficult economic situation. In turn, he remarked: “In the region, at the last minute to close a contract, the counterpart asked me for a discount. That only happens here. Therefore, to be able to be, certain matters must be known beforehand ”.

The manager was very clear in his position on the Latin American market, where they already operate in Peru through three operators and in Mexico. “We want to be in Colombia, because it was the first country in the region to be regularized, and also have a presence in Argentina,” he concluded.

In order to be in Latin America, we must know the culture beforehand.

Watch the full interview with William Lozano on the Focus Gaming News YouTube channel. Do not forget to subscribe!

“In 2022, we want to enter Argentina, Perú and keep growing in Mexico” 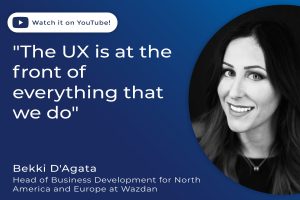 “UX is at the front of everything we do”