Nicosia hosted the second conference about responsible gaming in Cyprus, attended by over 300 delegates from the industry.

Cyprus.- Cyprus is soon to host the first integrated resort (IR) in Europe, and is currently home to multiple satellite casinos. As part of its campaign to improve the regulatory scheme in the country, the Cyprus betting authority hosted the second responsible gaming in Nicosia.

Finance Minister Harris Georgiades said that creating a culture that prevents the problematic occupation with betting is crucial, Cyprus Mail reported. “It is exactly the distinction between recreation and addiction that must be highlighted, between the recreational experience and problematic behaviour,” he said.

The national betting authority hosted the conference on Monday, along with the national gaming and casino supervision authority. Over 300 delegates from the industry attended the event, which aimed at informing the public on responsible gaming.

Ioanna Fiakou, head of the betting authority, said that the goal was to talk about the tendencies around the sector’s environment, viable growth and player’s behaviour, the news outlet said. “The protection and reinforcement of the social fabric at the same time with viable growth may seem like an oxymoron (but) if we study it carefully, we will see that player safety, but also the public’s, is a collective effort that demands the participation of all involved parties,” she said.

Fiakou added that they don’t have more options than to consider the measures they implement at a national level, delve deeper into research in order to gain more knowledge. 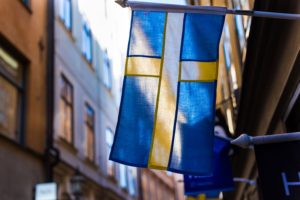