Chicago Gambling Information | Everything you should know! 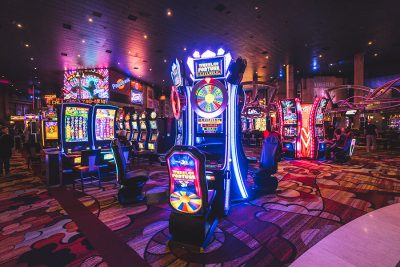 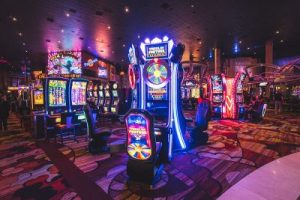 Dynamic, fun, and ever-evolving. You could use all three of these words to describe Chicago, the second-largest city in the US.

Every year, the Windy City attracts millions of tourists worldwide. But unlike other US cities – such as Las Vegas – Chicago isn’t known for being a gambling hotspot.

All of that might change soon enough, though. So, if you’re interested in obtaining all the Chicago gambling information you need, you’ve come to the right place.

Is Gambling Legal in Chicago?

The legality of Chicago gambling is covered by laws in Illinois. Regulations in the state are complex; you can play casino games if you’re above the legal age, but only at one of the licensed riverboat venues.

At Illinois’ riverboat casinos, players have the opportunity to play various table games. Some of the most popular are blackjack and craps. Poker rooms are also permitted, as long as riverboats hold a permit allowing this.

No permanent land-based casinos currently exist in the Land of Lincoln. The minimum age for playing at a riverboat casino in Chicago or elsewhere is 21 if you’re playing casino games. For bingo and lottery, players must be 18 or older.

At the moment, online casino gambling is illegal throughout Illinois. While some offshore sites exist, playing with such operators is not recommended.

The punishment for breaking Chicago gambling laws, as well as elsewhere in Illinois, is not to be taken lightly. Gambling via unregulated means is considered Class A Misdemeanour, which could land you in jail for a maximum of 364 days.

A fine of up to $2,500, depending on the severity of the offence, is also on the cards.

The History of Gambling in Chicago

To get a complete picture of what Chicago gambling looks like today, going back in time is a good idea. During the 19th century, the city – newly-founded at the time – had a thriving gambling industry.

Much of this industry, however, was not regulated. After gambling became illegal, players still wagered and threw dice. So, in effect, not allowing individuals to pay did little but stop the state from gaining tax revenue.

One particularly popular way to gamble in the early days of Chicago casinos’ existence was through riverboats. With this in mind, it could explain why Chicago gambling and casino wagering in other parts of the Prairie State still circle around these kinds of venues.

Shifting forward a bit closer to the present day, Illinois regulated riverboat casinos towards the end of the 20th century. In 1990, the Riverboat Gambling Act became official state legislation. And in the following year, the first licensed casino of this kind opened in Alton.

Today, 10 riverboat casinos exist in Illinois. But these are not only Chicago casinos; in fact, the majority are docked outside of the city.

Illinois gambling then further expanded in June 2019. As part of this, six new casinos have been given the green light. They will exist in:

In addition to the six new casinos, all licensed riverboats will have the opportunity to move to a land-based one. To do this, they require prior approval from the Illinois Gaming Board. Moreover, they need to pay a fee of $250,000.

Another venue you could class within Chicago casinos is Rivers Casino in Des Plaines. The venue is not far from O’Hare Airport, which is one of the busiest airports in the US. Interestingly, its building is a few inches above the water in a pit – meaning that it complies with riverboat casino regulations in Illinois.

Despite being closer to Downtown Chicago in miles, Rivers Casino Des Plaines is a little further away when driving. In a car, you can get there in around 40 minutes.

Another casino in Indiana, which could be considered within driving distance for Chicago casinos, is Horseshoe Hammond. Located in Hammond, the venue is just 25 minutes away from Downtown Chicago by car.

If you don’t want to drive to any of the above Chicago casinos, you might be considering online gambling in nearby states. Unfortunately, online casino gaming is also illegal in Indiana. State legislation allows for it in Michigan, but that would require a lengthy trip.

While online casino gaming in Illinois is currently illegal, sports betting recently came into effect. Players can wager on a wide range of sports, including all of the major professional teams in the state – such as the Chicago Bears.

If you want to take part in online sports betting, it’s worth noting that you need to finish off your application by visiting one of the Chicago casinos – or one located elsewhere in Illinois. You cannot perform this process by driving to Indiana or Michigan.

The Future of Chicago Gambling

So far, restrictive legislation has stopped Chicago gambling from reaching its maximum potential. However, things could soon change with recent legislative changes.

Chicago getting a new casino will be a game-changer. Besides making it easier for residents to play, it will also likely draw tourists who do not want to travel to the outskirts just to play a couple of games.

Beyond getting a new casino, Chicago gambling’s growth – combined with the allowance of legal online sports betting – could pave the way for online casino legalisation in the future.

Demands will undoubtedly grow louder as players look for more convenient options that they can play from anywhere, while the state may welcome additional tax revenue.

Chicago Gambling: Limited, but the Potential Is Huge

Chicago gambling has always existed. But because of various state laws, it has often been channelled through illegal means.

Players in Illinois have plenty of options to gamble, both in their home state and across the border in Indiana. While these are limited, they’re still better than some parts of the US, where gambling is entirely outlawed.

Once Chicago gets its own casino, expect to watch the state’s industry grow significantly.