BC Lottery's money laundering investigations caused an official to step down.
by sabrinag

A BC Lottery official has stepped down amid an investigation on money laundering and his involvement in the lack of control over it.

Canada.- Money laundering remains the top concern in the gambling industry and the BC Lottery Corp is in the spotlight. The regulator’s vice-president of corporate compliance Robert Kroeker has stepped down after allegations that he instructed his staff to “ease up” on anti-money-laundering measures. He supposedly “allow dirty money to flow into casinos,” and left BCLC after such accusations.

A complaint on Kroeker states: “I have information that Robert Kroeker. He instructed (his staff) to ease up on the BCLC cash conditions on players and slow down the process of targeting suspicious buy-ins.”

The complaint also assures that “this suggests pressure was put on the BCLC management team to allow dirty money to flow into casinos.”

“Questions regarding Mr Kroeker’s departure would best be directed to BCLC,” Ryan Panton, a spokesman for the attorney general, said. “GPEB is unable to comment on whether there are ongoing or potential investigations for reasons of privacy,” he added. 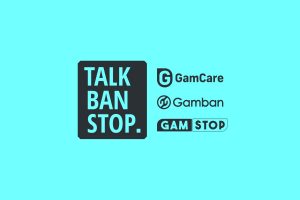