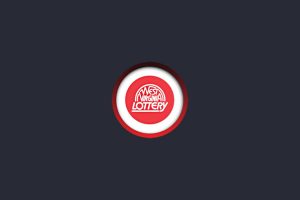 US.- The West Virginia Lottery Commission has renewed licences for five casinos after noting encouraging numbers in the last month.

The regulator said casinos brought in more revenue than video lottery parlours in two weeks last month. Lottery Director John Myers told said he was optimistic about the prospective future of casinos in the state and as such the regulator had decided to renew licences for five casinos.

Mountaineer Casino in Chester lost $9.2m in 2020. Mardis Gras Casino and Resort in Nitro reported a loss in revenue of $2.9m. Casinos in Wheeling in Charles Town reported modest profits.

Myers said the commission had renewed all five casinos’ licences on the advice of Charleston-based Brown Edwards Accounting, which reviewed their financial information: “They look at them every year and they felt that their parent companies were particularly strong,” he said.

Myers said: “They were were shutdown (in 2020) three months from the Covid-19 virus and then we’ve had other restrictions on them as we moved past the shutdown. That meant in some areas they had to reduce the number of (video lottery) machines operating and the number of tables operating”.

The casino at the Greenbrier Resort was given an additional 30 days to submit its annual audit after the person in charge of that work for the casino fell ill.

Meanwhile, the lottery beat estimates by $25m in May. The Lottery is outpacing estimates in net revenue by $30m this fiscal year.

Myers said: “We’ve had 20% year-over-year growth in traditional lottery for the last three years at least on the scratch-off side of the business. We found folks want to see a higher jackpot. So we’ve moved from $1 tickets to $5 tickets”