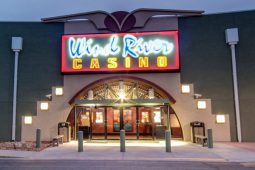 The tribe will emphasise on producing more revenue instead of being a job provider. Credits: Casinoair.com
by Paul Lancaster

The leaders from Wyoming’s Northern Arapaho Tribe announced a number of changes that include changing their casinos’ directions.

US.- The Northern Arapaho Tribe has new leaderships that intends to generate more revenue. As part of that move, the tribe announced a change in philosophy at a meeting last week and will emphasise on producing more revenue instead of being a job provider.

Northern Arapaho CEO Brian Van Enkenvoort said: “The casino will be moving from a job provider to a revenue producer.” He added that the primary goal of the casino will be to provide more revenue for the tribe. However, it’s still unclear how that will affect jobs at the casino.

Currently, the tribe is the largest employer in Fremont County. It features three casinos in Wyoming: Wind River Hotel & Casino, 789 Smokeshop and Casino and the Little Wind Casino. The facilities empty more than 500 and the tribe says that 80% are Northern Arapaho members.

Van Enkenvoort revealed that staffing levels will be revealed by tribal leadership in the future, Casper Star Tribune reported. Cuts in jobs will translate into additional revenue for the tribe.

Northern Arapaho Business Council Chairman Lee Spoonhunter said: “We are going to move into making revenue, and revenue for all of you. It’s time for us, as a tribe … to take back what is ours.”

Moreover, the chairman said that the tribe will change the way it does things in order to be more transparent. The Wyoming tribe will prepare reports detailing how much the casino transfers to the tribe. Ultimately, they want to see how the tribe spends that money.