Tanzania gave this week a gaming license to SportPesa in order to operate regular sports betting offerings in the African market.

Tanzania.- The Gaming Board of Tanzania has granted SportPesa an operational iGaming license to legally offer sports betting platforms. The international agreement was announced with a special celebration in the local city of Dar-es-Salaam, according to the Gambling Insider’s reports.

SportPesa is the leading sports betting brand in Africa and the official sponsor of The SportPesa Premier League in Kenya, where the headquarters of the company is located. Its arrival to Tanzania was announced at the Hyatt Plaza hotel after receiving this week the government’s permission to operate iGaming platforms.

“Thank you for seeing enormous potential in Tanzania, not only to promote sport, but also to create employment and enthusiasm in sports,” commented Dr Harrison Mwakyembe, Tanzania Minister for Information, Culture and Sport. “This is an important and unique chance to develop sports and we will not let this opportunity go.”

SportPesa is expanding its business plans as the company is facing problems in the Kenyan market. SportPesa’s owner Pevans East Africa Ltd has supported Bradley Limited Trading, operator of the Pambazuka National Lottery, lawsuit against the Kenyan government as they claim a 50 percent tax increase will jeopardise the business’ profitability. However, the Kenyan Justice Roselyne Aburili refused to accept SportPesa’s lawsuit against the national government due to problems on the document’s font. 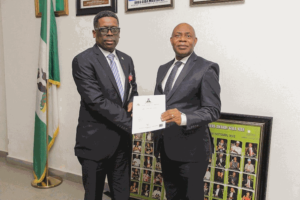 1xBet kick off ‘big plans for Africa’ in Nigeria