The gaming authority released its financial results for the period between June and September.

US.- Mohegan Tribal Gaming Authority announced that its casinos reported a 2.1 percent increase year-on-year in overall net revenues to US$347 million, and that its income grew  21.2 percent to US$44 million.

Mohegan Tribal Gaming Authority currently owns the Mohegan Sun casino in Connecticut along with the Mohegan Sun Pocono from Pennsylvania. The gaming revenues from the third quarter reached US$301 million, a 1.6 percent year-on-year growth, and slot takings advanced by 0.9 percent to US$2019.1 million.

The gaming authority owned by the Mohegan Tribe Of Indians Of Connecticut reported that its gaming revenues for the third quarter expanded by 5 percent year-on-year and surpassed the US$91.7 million. Robert Soper, President and Chief Executive Officer for the Mohegan Tribal Gaming Authority, said: “We are pleased to report another quarter of strong operating results and year-on-year growth.”

“Our fiscal fourth-quarter capped off an equally strong fiscal year, highlighted by increased consolidated profit and profit margin led by [the] Mohegan Sun, which generated its highest operating cash flow since 2008. With a successful comprehensive refinancing behind us, the opening of our new 400-room Earth Hotel and the grand opening of Ilani Resort approximately two quarters away, we look forward to even stronger financial performance going forward,” he added. 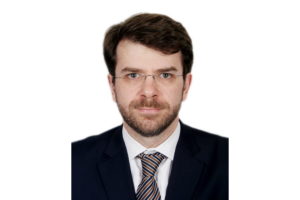