NagaCorp’s collaboration with junket operators successfully lured in VIP gamblers in 2015.
by fsaffores

Even though Citi analysts have predicted a decline from 18 percent in 2015 to 12 percent in 2016 of NagaWorld’s mass market growth, Cambodia still looks more stable than its Asian neighbours.

Cambodia.- Citi analysts predict that NagaWorld’s mass market growth will fall from 2015’s 18 percent  to 12 percent this year, due to a drop in tourism numbers. However, whilst Asian markets in general and Macau in particular, experienced a significant decline in gambling revenues in 2015, Cambodia’s casino sector showed strong profits.

Nagacorp Ltd owned, NagaWorld casino resort is the country’s biggest casino resort and the only licensed operator in Phnom Penh. The gambling facility currently takes advantage of the monopoly over the market which enabled NagaWorld to bring in US$172.6 million in net profit in 2015. So far, NagaWorld has also had a great 2016 as the resort posted strong growth during the first quarter of this year. The casino resort features a total of 1,656 slot machines and 287 gaming tables and attracts a large number of VIP gamblers from Macau.

NagaCorp successfully lured in both VIP and mass market gamblers in 2015. What is more, even though the Philippines and Vietnam have found it difficult to attract Macau’s VIP gamblers, junket operators have been able to divert Macau’s declining VIP gamblers to NagaWorld. NagaCorp recently decided to reduce the incentives it paid out to junket operators in an attempt to keep its VIP profit margin high. This decision is a bold move from NagaCorp, but junket operators do not have much of a choice now due to Macau’s decline on VIP gambling after the Chinese anti-corruption crackdown.

Citi analysts’ prediction say that NagaCorp’s VIP GGR will drop from 2015’s 27 percent to 15 percent in 2016. This is based on NagaCorp’s 2015 yearly report, which says the company spent around 70 percent of its US$175.8 million in cost of sales, paying back the top five junket operators who were responsible for bringing in US$503.6 million in revenue. 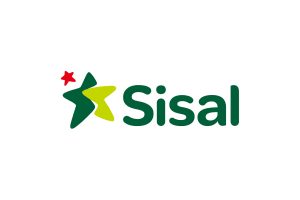