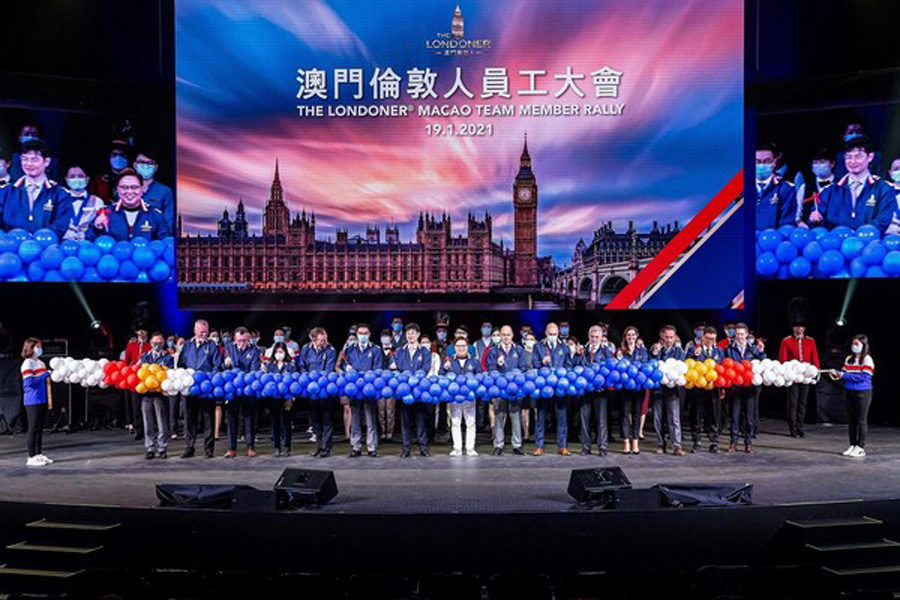 Sands China has confirmed the official opening of Phase I of its new Cotai property.
by paulak

The date of The Londoner’s inauguration was announced at a rally attended by 2,000 members of staff.

Macau.- Sands China has confirmed the official opening of Phase I of its new Cotai property, The Londoner, for February 8.

The company revealed the information at a rally attended by more than 2,000 staff members, held at The Londoner Theatre on Tuesday.

Sands China president, Dr. Wilfred Wong, saidL “The success of any of our integrated resorts is directly tied to the dedication of our hard-working team members, who bring our properties to life each day and provide unforgettable experiences and world-class service to our guests and visitors.”

A team of over 5,700 people will be in place for the grand opening of The Londoner. In addition, more than 4,900 Sands China team members have taken a “Londoner’s Pride” training programme totalling nearly 49,000 cumulative training hours.

The London-inspired resort on the Cotai Strip involved a US$1.9bn investment to renovate the Cotai Central property.

The opening of Phase I will be followed by other openings during 2021.

Finally, the resort will reopen Shoppes at Londoner and the Londoner Arena.

At the rally, Wong delivered an emotional tribute to Las Vegas Sands and Sands China chairman and chief executive officer Sheldon G. Adelson, who passed away on January 11.

He received a standing ovation from the audience at the end, the company said in a press release.