The launch is subject to required regulatory approvals. Credits: booking.com
by fsaffores

Penn National has announced that it will launch its sports betting operations at Ameristar Casino East Chicago on September 1.

US.- Penn National Gaming announced on Monday that it will kick off its sports betting operations in Indiana’s Ameristar Casino East Chicago on September 1. The launch is subject to required regulatory approvals.

At the facility, Penn National will feature sports betting kiosks and ticket writer stations. Ameristar Casino East Chicago will feature a new sportsbook located near the Stadium Sports Bar and Grill and a main entrance to the property.

Timothy J. Wilmott, CEO of Penn National, said that the company looks forward to opening a sportsbook and providing customers with another great amenity. “Indiana will soon become the 12th state to legalise sports betting following the repeal of the federal ban last year, and our patrons in Northwest Indiana can expect an incredible sports wagering experience at our facility.”

Matt Schuffert, General Manager at Ameristar Casino East Chicago, added: “Our customers are very excited to start wagering on sports. The passion for Indiana and Illinois sports teams runs deep in this region. We look forward to becoming a destination for fans all year-round.”

July wasn’t the best performing month for the Indiana casino industry as its revenue dropped year-on-year. According to the Indiana Gaming Commission, statewide win was down 2.8%, but the Northwest region performed even worse.

The regulator showed Northwest Indiana casino revenue fell US$2.7 million, or 3.5%, versus July 2018.

Majestic Star was the only venue to grow, with 5% more win after new ownership took over in March.

As stated by Noah Hirsch, vice president and assistant general manager at the Horseshoe, results were not a surprise. He explained that having one Sunday less than July 2018 affected the figures. 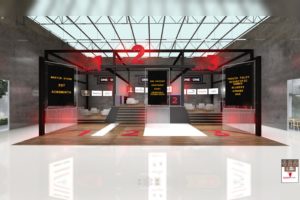 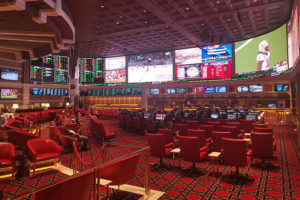