Pennsylvania has recently become the fourth and latest state in the US to legalise online gambling, and with positive and big changes, also comes uncertainty about what’s to come next. John Pappas, executive director of the Poker Players Alliance (PPA) talked with Focus Gaming News about the future of the industry in the Keystone State and the similarities that it may share with New Jersey’s online poker market.

New Jersey legalised online gambling four years ago and in the last few months it significantly helped the state generate revenue. However, online poker is still a little behind. Do you think Pennsylvania can experience a similar performance during the first years of operations?

Thanks to the trials, errors and ultimate success of the New Jersey iGaming market, Pennsylvania should be in a position to do even better. The one issue that can hold revenues back is the absurdly high tax rate (54 percent) imposed on internet slots in Pennsylvania. The industry and PPA warned lawmakers that taxing iGaming above 20 percent would significantly compromise the business and therefore impact the promised revenue. Unfortunately, these warnings were ignored and I believe lawmakers will need to reexamine this tax rate in the future.

We hope that Pennsylvania regulators see the benefits and enter into compacts immediately.

But there is good news too. Internet poker and casino tables games are taxed at a very reasonable rate. This coupled with the prospect of the sharing of player pools – compacting with other iPoker jurisdictions – gives new promise for games like poker that rely on liquidity to be successful. We hope that Pennsylvania regulators see the benefits and enter into compacts immediately. This will be good for consumers, good for business and ultimately will mean more revenue for the state.

Pennsylvania’s attempts to legalise the online industry were fueled by the intention to help the state’s budget gap. Should New Jersey -and its current gaming situation- be considered an example for Pennsylvania?

Yes and no. It is important to remember that iGaming was just a portion of the gaming reform bill that became law in Pennsylvania. Whilst it is clear that iGaming will not cannibalise brick and mortar gaming, and as New Jersey has shown, it will actually be added value to casino’s businesses, it is not clear how these other gaming measures (VGTs, satellite casinos, etc) will impact the industry’s bottom line.

Do you expect Pennsylvania to sign an online poker shared liquidity agreement with other states or foreign countries in order to boost the market in the first months of operations? Or do you consider those deals to be better once the industry settles down?

Pennsylvania regulators are fully aware of the benefits of shared player pools. I expect that they will, either at launch or very soon after, enter into an agreement with other US states (New Jersey, Delaware and Nevada). I think it will be a longer term effort to team up with international jurisdictions. From a consumer standpoint, international compacting is a huge positive. But from a regulatory standpoint it can be difficult to accomplish.

From a consumer standpoint, international compacting is a huge positive.

What changes should Pennsylvania make to the current regulations in order to help online poker prosper in the long-term?

The regulations are still being developed so it is not possible to say at this point what needs to be changed. However, as the regulators formulate their policy they should keep a few things in mind. First, let’s put the consumer interest first. After all, if the state launches a product and no one wants to play, then it was a huge waste of time. The regulations should also be even handed to ensure fairness and competition. No single casino or operator should have leg up. Finally, regulators should seek to foster innovation by not hamstringing the industry with unnecessary burdens.

Allowing the industry to adapt swiftly to changing consumer habits will be critical to long-term success.

A few months ago you said that a good legislation was needed to provide Pennsylvanian players and taxpayers with a safe and well-regulated place to play poker and other games on the internet. Do you think that the new law covers all these aspects? Or should the state work towards better regulations now that the industry is legalised?

Yes, the law that passed provides the needed framework to properly protect consumers and provide great player experience. Particularly for internet poker since it is covered under a reasonable tax rate that will lead to investment and innovation in the space. I do believe that lawmakers should revisit the tax rate for internet slots, however, and bring them into line with iGaming. 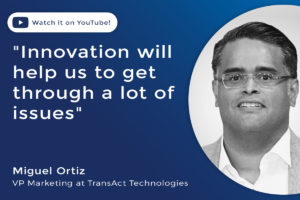 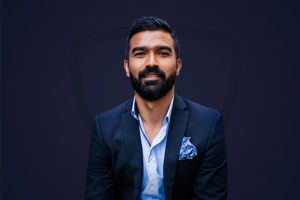