Pennsylvania’s gaming revenue generated in July 2019 was 1.13% higher than what was reported during the same period a year ago.

US.- The Pennsylvania Gaming Control Board (PGCB) has released the latest financial report that details operations from July 2019. Total gaming revenue was US$281.4 million, which is 1.13% higher than what was recorded in July 2018 in Pennsylvania.

Gross revenue from slot machines was US$199.6 million, representing a 2% fall in revenue when compared to the US$203.6 million generated in 2018. Tax revenue from the slots was US$102.7 million.

Parx Casino was the facility that amounted the biggest share of revenue from slots with US$34.7 million. That figure is virtually the same when compared to the financial results from July 2018. Rivers Casino followed Parx with US$25.3 million and achieved a 3.9% increase over 2018. The facilities that reported the biggest revenue rise were Valley Forge and Lady Luck Casino Nemacolin with 10.9% and 5.2% respectively. However, those were the two facilities that generated the least revenue from slots in July 2019.

Table games revenue was US$76.9 million, a 4.3% rise over July 2018 when revenue was US$73.8 million. Total tax revenue from table games play during July was US$12.5 million with an average of 1,279 tables in daily operation statewide.

Rivers Casino generated US$7.1 million in July, and while it wasn’t the top performer, it achieved an impressive 27% increase. Wind Creek Bethlehem generated US$20.8 million and was the most important table games operator, though it registered a 1.13% fall.

July’s sports betting total handle from retail and online outlets was US$59.3 million, which generated US$2.8 million in revenue. SugarHouse’s total revenue was US$1.07 million, half of it coming from retail and half from online activities. Total handle for the casino was US$26.4 million, the highest in the state. 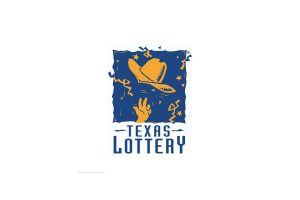