The state Senate passed the bill on Monday by 26-1.
by fsaffores

US.- New Jersey lawmakers passed a bill on Monday that would pave the way for Golden Nugget to begin accepting bets on professional basketball. A5463 would strike the current regulation that prohibits owners of sports teams from accepting legal bets on sports at their facilities.

The state Senate passed the bill on Monday by 26-1, and now is up to Governor Phil Murphy to sign it into law. The state Assembly has passed the bill back in June by 76-0. A5463 would allow anyone that owns 10% of more of a professional sports team to take bets on games within their league. However, betting on games involving their teams is still prohibited.

Tilman Fertitta, owner of the casino, also owns the NBA team Houston Rockets. This means that people at Golden Nugget Atlantic City would be able to bet on a sports event if Houston Rockets isn’t involved. As per New Jersey’s current sports betting regulations, Golden Nugget is banned from accepting bets on NBA games.

If approved, the bill would allow Golden Nugget and its online partner BetAmerica to accept bets on NBA games that do not involve the Houston Rockets. This would be the same scenario that Fertitta faces in Nevada, where the casino is prohibited from accepting bets on games involving his team.

Golden Nugget launched its online sports betting operations back in February. The SBTech-powered platform features different sports, as well as more than 90 competitions and special features.

The iGaming leader in New Jersey allows customers to enjoy games through desktop, Android and iOS apps. The company strives to deliver the biggest selection of bets in the state. 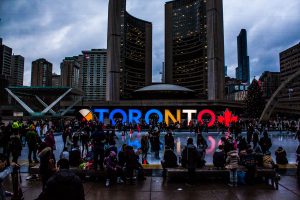