Galaxy Gaming decided to temporarily stop pushing for a license in Nevada.
by fnoodt

Game developer Galaxy Gaming Inc. has decided to withdraw its application for a license to make and distribute new products in Nevada.

US.- Galaxy Gaming Inc. has withdrawn its bid for a license to develop new games in the state of Nevada as it was set to face a significant regulatory snag. Last week, local media reported that the Nevada Gaming Control Board (NGCB) agreed to pass the company’s license request back to them.

CalvinAyre cited a report by the Las Vegas Review-Journal that explained the company is due to appear before the Nevada Gaming Commision (NGC) next July 27 in an audience where the group had to determine whether to issue a license to allow the company to develop and distribute games in the state.

However, Galaxy Gaming decided not to take a risk to do so since, in case the NGC decided to make it “the first case ever to be subject to a new law that enables the commission to reject but not deny licensing,” it would be able continue to operate in the state but will be unable to roll out new games. Therefore, it decided to return in the future for further consideration.

The request for withdrawing the bid was thoroughly analised by the NGCB as there are concerns surrounding Galaxy Gaming chairman and president Robert Saucier. The businessman has been entangled in several cases in California and Washington and was even subject of a state police inquiry in Oregon. 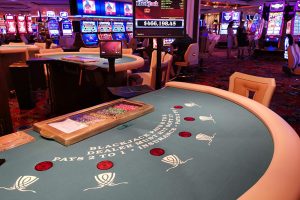