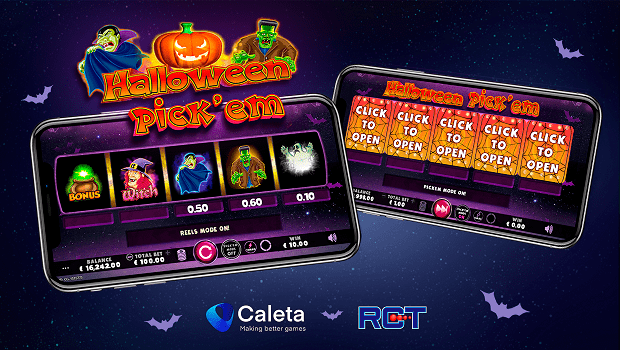 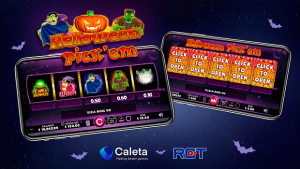 Caleta and RCT have released nine games.
by laurap

The new game, derived from standard slot machines, can be played in Pick’em and Reels modes.

Pick’em is a game derived from standard slot machines, which can be played in two ways. In Pick’em mode – as a scratch card and in which the player reveals each symbol – and in Reels mode – in which the player spins the reels and surrenders to their luck.

Fabrizio Freitas, Head of Marketing and Analysis of Caleta, commented: “The Halloween family is part of the strategy of diversification and solidification of the Caleta portfolio, to allow a gaming experience that meets the needs of different types of players.”

Caleta Gaming is a Brazilian provider of games and technology solutions for the online casino industry. All production is done internally, through its GP5 tool. In 2020, it launched almost 40 games and 16 of its main titles were certified for the Colombian online gaming market.

Meanwhile, RCT Gaming positioned itself more than 20 years ago as a developer of platforms and solutions for physical gaming operations. With a presence in Latin America, the company also set its eye on the Brazilian market, where it was born and created various gaming solutions for bingo halls.

The partnership between Caleta and RCT was completed in 2019 and since then they have released nine games.