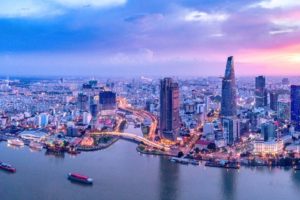 Currently, 12 casino licences have been granted in Vietnam.
by paulak

The eight casinos already operating in the country have doubled their revenue in the last three years, according to the Ministry of Finance.

Vietnam.- Given the current economic crisis and the evolution of the gaming business, the Ministry of Finance is looking to amend the decree that regulates gaming to facilitate more investments.

Casino investors would be allowed to transfer their capital after five years of being granted licences.

The minimum capital investment for a casino would remain unchanged at US$2 billion and the disbursed capital at US$1 billion or higher.

But for casino projects in regions like Vân Đồn Economic Zone the proposal is to calculate disbursed capital for the eligibility of running a casino at not higher than 25 per cent of the total investment.

If the amendment passes, it would facilitate Sun Group’s casino complex project at Vân Đồn International Airport, in which the investment would be calculated as part of the disbursement for the casino business.

The projected investment for the venture is around US$2 billion. Sun Group has asked for an extension of the project’s life from 50 to 70 years. Construction is expected to begin this year and run until 2029.

The eight larger casino operators currently in Vietnam have doubled their revenues in the last three years, according to official statistics.

There are currently eight operational casinos in the country although twelve casino licences have been granted. Suncity’s Hoiana opened for a preview in June.