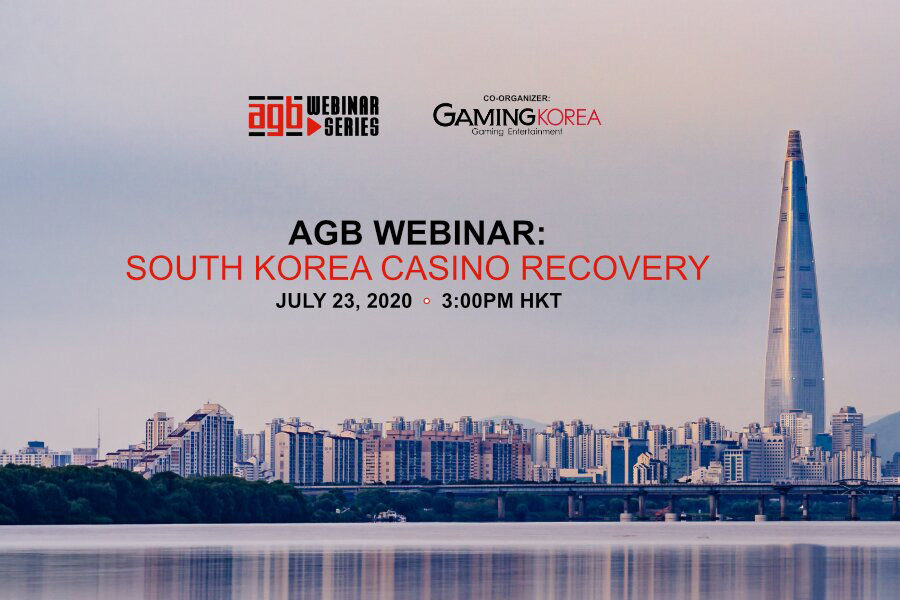 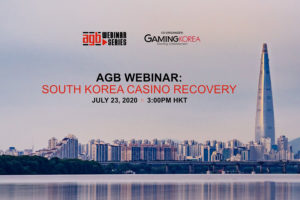 The pandemic could change the government's views on gambling.
by paulak

South Korea.- The Covid-19 pandemic may be a trigger for South Korea to rethink its foreigner only casino policy, as the country’s casinos struggle with a lack of tourism revenue.

That was the view shared by two experts on Asia Gaming Brief’s latest webinar session, which studied investment opportunities in the Korean gaming industry.

“This Covid is giving us a hard time and because of the situation I think maybe it’s time to rethink about South Korea’s foreign-only casino model,” said Nicholas Kim, investment director at the Incheon Free Economic Zone, which is home to Korea’s first IR.

However, Kim conceded that the issue is highly complicated and the government will first need to put in place detailed regulation to govern the industry, so any potential investors will need patience.

“I think it will definitely come. It’s a matter of time,” he said. “Every industry in our country is growing up very rapidly. It’s a natural course of development, but I don’t see it in the near future.”

Kim stressed that he was offering his personal opinions on the issue and not speaking on behalf of the government during the session, which focused on a wide range of topics in Korea.

Jeff Heo, director of strategic planning of Gaming Korea, also pointed to the difficulties being experienced by the casinos on Jeju island, suggesting that the government should think about allowing Korean tourists to enter, with the introduction of restrictions such as an entry fee, or limited monthly entrance.

There is currently only one property that allows locals to gamble — Kangwon Land — in a remote corner of the country. It was permitted under a special act to help to create jobs and rejuvenate the economy in a former mining community and now makes almost as much annual revenue as all the other casinos in Korea combined.

A few years ago, the Korean market was seen as one of the most promising in Asia, attracting interest from some of the biggest names in the industry. Tourism inflows were strong, especially from China, with its brand rising internationally due to the Kpop phenomenon.

Seoul’s international airport in Incheon is one of the biggest transport hubs in Asia and is just a few hours flight from Japan and China.

However, a spat with China over the deployment of a U.S. missile system in 2017 highlighted the risks inherent with relying on tourism, with visitor numbers from China plunging 60 per cent that year after Beijing banned tour groups to the country.

Last year, numbers had recovered, with South Korea attracting 17.5 million visitors, with 34.4 per cent from China and 18.7 per cent from Japan before the Covid-19 crisis struck.

Heo pointed out that the three larger IRs in the country — Paradise City, Jeju Shinhwa World and Kangwon Land — have to an extent been cushioned as they have built up non-gaming activities for locals and foreign expats, although most other properties in the country are small and don’t offer the same facilities.

Despite the current crisis, Kim says that two other major projects in the Incheon area are moving ahead. Caesars Entertainment is building a $700 million IR which was scheduled to open next year. It’s about 28 percent complete and there is likely to be some slippage in construction due to the pandemic. Mohegan Sun is building a $2.5 billion resort, known as Project Inspire, which is due to be finished in 2022.

After its recent merger with Eldorado Resorts, analysts have said they expect Caesars to focus on the U.S. domestic market. However, Kim says that due to the structure of the licensing system in Korea, Caesars will need to finish the resort.

“My guess is that both companies will definitely finish up their construction,” he said.

While much of the focus has been on Japan as the goose that’s expected to lay the golden egg, Korea has been overlooked. However, discomfort is growing amongst those vying for licenses there due to the increasingly onerous restrictions that may severely limit the return on the billions of dollars of investment required.

Kim says the requirement in Korea is for a minimum investment of $600 million.

There are also no limits on the size of the casino floor in the law, although it is set out in the RFP proposals that are submitted. In Incheon the ratio of casino floor to total floor space is 5 percent.

Also, while Japan is only issuing three licenses in the first round of opening to IRs, Korea is taking a more flexible approach. It will consider the proposal and the current market conditions when making an assessment.

“Right now we have three, if one more coming in will help or make competition worse is a very hard calculation,” Kim said, referring to Incheon, “but if the market supports it, then we could issue a license.”

He adds he is still seeing interest from international operators, though most are waiting for the outcome in Japan as their priority.

Jeju casinos have been harder hit than those on the Mainland by the pandemic. Part of the island’s appeal was the visa-free entry for Chinese tourists, but that has been suspended since February.

“Some are considering shutting down and encouraging staff to take unpaid lead due to the current situation,” Heo says.

Jeju Dream Tower is pressing ahead with construction and is expected to open later this year. The building, at 38 storeys, will be the tallest on the island and is a joint venture between Lotte Tour Development and Hong Kong-listed Greenland.

However, it’s still waiting for permission to transfer its existing license from a casino at the Lotte hotel to the new property. The Jeju government now requires a social impact assessment to be carried out before allowing transfers.

Heo said the assessment works on a point system, with an operator needing to score above 600 points out 1000 to qualify. Jeju is also now reassessing its casino licenses every five years.

The full-length recording of the AGB Webinar can be found here.