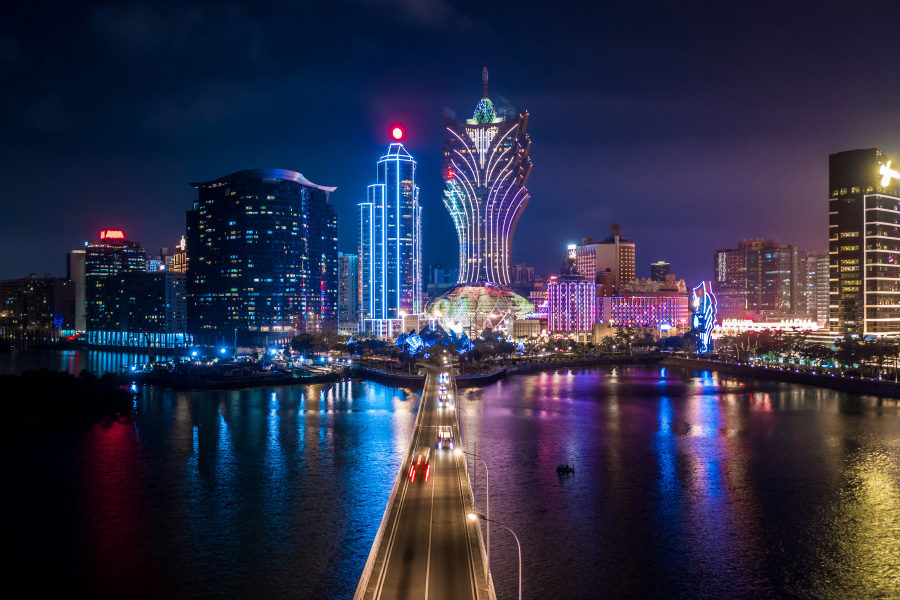 Macau will hold a tender process to renew its casino licences in 2022.
by paulak

Experts analyse the risk of volatility and the “rising possibility” of Macau not renewing US operators’ licences in 2022.

Macau.- As tensions between the US and China continue to escalate, casinos in Asia are beginning to feel the heat right when they would rather be focusing efforts on recovey from the impact of the pandemic.

Chinese companies like TikTok, WeChat and even a resort developer in Cambodia have already been caught in the crossfire between Washington and Beijing, and US-owned casinos fear reciprocal measures could be imposed on their Asian businesses.

Chinese diplomats have been subject to new regulations when visiting the US or speaking at local universities, and Donald Trump’s government has cancelled the visas of over 1,000 Chinese students and scientists, accusing them of spying on US technology.

What is preventing China from fighting back and making an example of US-owned casino operators like Sands China, Wynn Macau and MGM China, which have benefitted from local high rollers’ spending for years?

Some analysts don’t see it happening in the near future. Jennifer Song, an equity analyst at Morningstar, told Focus Gaming News Asia Pacific that most of Macau’s casinos would classify themselves as local firms with local or regional clienteles. Their business is more impacted by the issuing of IVS visas from mainland China than by the tensions between Beijing and Washington.

But she also warned that “if by saying risk we are thinking currency risk, Renminbi vs. US dollar, we may have some impact.”

Song also noted that China launched a capital flight campaign in June, targeting cross-border gambling, and said this may have a negative impact on all junket services, not only those connected to US companies.

“Investigations into junkets over money-laundering and illicit money outflow led to more-stringent background checks,” she said. “So junkets and VIPs are likely maintain a low profile.”

There are at least three aspects US operators in Asia are watching: volatility risk in the region, the suspension of WeChat as a communication and marketing tool with Chinese VIPs, and any potential impact on Macau’s licence renewal process in 2022.

Wynn Macau said in a recent business update that disputes between the China and US over trade policies and practices “may curb certain transactions.”

In particular, Wynn Macau fears that the US’s recent ban on the Chinese messaging application WeChat may impact its communications with the VIP market that it’s relying on for recovery.

It said the app “is widely used by many of our customers”, and added “there is no assurance that the ban will not adversely affect our ability to communicate with certain of our customers.”

Wynn Macau also mentioned that volatility in international markets created by China-US tensions “could trigger a severe contraction of liquidity in the global credit markets.” The company feared its “business and prospects may be negatively impacted” as a company in the SAR majority owned by a US firm.

Song said the US government had confirmed US companies can continue to use WeChat in China.

She added: “For the license renewal, we believe that key areas when the government is deciding will be the casino operator’s contribution to the overall good of Macau’s economy and society, as well as the amount of effort spent in developing non-gaming elements, which will help the Macau economy diversify away from gaming.”

Warwick Bartlett, CEO at Global Betting and Gaming Consultants (GBGC), is less confident that things won’t get more complicated for casino operators with the US so close to elections.

He told Focus Gaming News: “Beijing will not wish to be seen to losing face in the negotiations, and the White House in a democracy where votes have to be won, will want to be seen doing something.”

Bartlett believes this “should be a concern to the gambling industry” since the sector is in danger of becoming a “scapegoat” in whatever negotiations take place.

As for the 2022 tender, GBGC’s CEO stressed that Covid -19 has caused the Macau government to lose a lot of tax revenue. As a result he believes it likely that Macau will impose either an increase in the license fee or a rise in taxation.

“The cards are stacked against the operators in that negotiation” he said, and added: “if the US and China negotiations turn sour, then silly tit-for-tat policies rather than pragmatic solutions could rule, and that might not be good for the gambling industry.”

David Green, principal at Newpage Consulting, fears the same result. He told Focus Gaming News Asia Pacific: “Macau will not make a decision to award new concessions without the blessing of the central government in Beijing.

“Given the tit-for-tat measures taken by both the US and PRC in their dispute to date, it is conceivable that the three concessions associated with US interests could be at risk.”

The expert, who is a former gaming advisor to the Macau SAR Government, added that only Wynn Macau was granted a concession as a result of the initial 2002 liberalisation process, while MGM and Sands China were admitted by way of sub-concession.

He said Law 16/2001 refers to only three concessions and that unless the number is increased to six or more, one or more of the sub-concessions could be at risk of terminating by expiry and not being renewed.

The conflict, warns Green, goes further than commerce, so “the gravity and likelihood of the risk crystalising may turn on the result of the US Presidential election in November.”

Ben Lee, managing partner of IGamiX Management and Consulting also considers the main risk is the economic fallout that could be an unwanted consequence of the trade war between the two nations. He believes there is “a rising possibility” of US operators not getting their licences renewed in 2022.

Green foresees there could be a requirement for greater local ownership, which currently set at only a minimum of 10 per cent equity in a concession-holding company.

He added: “visas could also be withheld for more foreign executives, in order to create more opportunities for locals, a term which includes PRC residents.”

Song on the other hand, believes such a scenario is unlikely given the contribution to Macau’s economy made by Sands China, Wynn Macau and MGM China.

The Morningstar analyst said: “the government is unlikely to terminate its licenses and ruin the confidence of integrated resort operators. Should that happen, business confidence in entering and investing in Macao would plunge.”

She noted the pipeline of investments US-based companies have in place and how a decision not to renew their licences could impact on those projects.

She said: “MGM opened MGM Cotai in 2018, and some development projects, such as South Tower suites, still continue; Sands’ Londoner project is going on; Wynn also has the phase 2 project of Wynn Palace the Crystal Pavilion, which targets to complete in 2025.

“We think these actions show the casino operators’ confidence in Macau’s overall regulatory and economy outlook.”

According to Song, the worst likely consequence geopolitical events could cause operators could be some incremental costs associated with the license renewals.

She said: “While costs might be incrementally higher, licences [will] likely get renewed.”