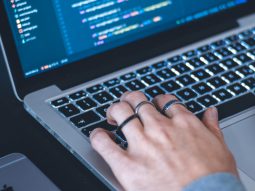 AGCOM is asking the government to reconsider the ban on advertising.
by Paul Lancaster

The telecom watchdog AGCOM is asking the government to consider overturning the current ban on advertising and come up with a new regulatory framework.

Italy.- Italy has recently introduced some gambling ads prohibitions that prevent operators from marketing their products. The local telecom watchdog AGCOM is now asking the government to reconsider this stance and to come up with new regulations.

In a recent report, AGCOM said that its intervention aims at promoting a comprehensive reform of the matter that ensures the most effective consumer protection, in a regulatory framework of enhanced contrast of illegal gambling practices.

PD Deputy Michele Anzaldi also presented a question to the premier Count in which he provides a series of clarifications on the gambling policy. He issued a question to the President of the Council of Ministers in which he says: “The associations complain that the Government underestimated the scope of AGCOM’s guidelines even as they reported the critical nature of bets and foreign sites.”

“The same associations urgently ask for clarifications in the reform of the legal gambling system.” They highlight that both they and their contributions have been effectively excluded. “We therefore ask to know if the Prime Minister intends to provide answers regarding the points of critical importance shown following the guidelines provided by AGCOM.”

“We ask about the development and progress of the reform of legal gambling and if you consider it possible and plausible that the Minister of Economy and Finance is not aware of it.”

AGCOM identifies the need for an overall systematisation of a regulatory framework, the result of rules that have been followed and overlapped over time in the absence of mutual harmonisation. “Ultimately, it is a matter of having a certain regulatory framework of reference that protects all the interests involved.”

What the reform should include

The report mentions some important aspects that should be in a reform:  ensuring knowledge and promoting awareness; to distinguish and selectively strike the typically gambling activities, more subject to compulsiveness and less controllable, foreseeing in this regard more stringent rules not only for advertising. Adopt a multi-level strategy for a more effective contrast of gambling, providing for this purpose the introduction of mechanisms for identifying and limiting losses for all gaming platforms. Dictate differentiated rules that allow, in compliance with the principle of technological neutrality, to take into account the specificities of the different transmission platforms.

Last year, the Italian Parliament passed a proposal that bans all gambling-related advertising and sports sponsorships starting next year. With 155 voted in favour, 125 against and one abstained, the Senate approved the Dignity Degree. It paved the way for new regulations in the country.

Italy’s gambling advertising ban applies to gambling products and services advertised on the internet, radio and television. Furthermore, it stops clubs from obtaining gambling sponsors. The only operators exempt from the ban are the state-run national lottery and its products.