UK.- Online gaming group 888 Holdings will have to pay a record £7.8m fine over serious failings in its handling of vulnerable customers. The fine imposed by the United Kingdom Gambling Commission (UKGC) is called a record penalty package.

UKGC disclosed on its website that inadequacies were found in a investigation of 888’s self-exclusion procedures for customers and that “888 also failed to recognise visible signs of problem gambling behaviour displayed by an individual customer, which was so significant that it resulted in criminal activity.” Chief Executive of the UKGC, Sarah Harrison, said: “Safeguarding consumers is not optional. This penalty package of just under £8 million reflects the seriousness of 888’s failings to protect vulnerable customers. The 888 sanction package will ensure those affected don’t lose out, that the operator pays the price for its failings via a sum that will go to tackling gambling-related harm, and that independent assurance will be given to see that lessons are learnt.”

“The lack of interaction with the customer, given the frequency, duration and sums of money involved in the gambling, raised serious concerns about 888’s safeguarding of customers at risk of gambling harm,” said the report.

The firm said on Thursday that it concluded a voluntary regulatory settlement with the UKGC, which had found a technical failure in 888’s systems where more than 7000 customers who had chosen to be self-excluded from the platform were still able to access the accounts on the bingo platform. “888 regrets the historic failings highlighted by the review and accepts the conclusion of the review which recognises the significant lengths that 888 has gone to in order to address the concerns raised and prevent the issues highlighted from reoccurring.” 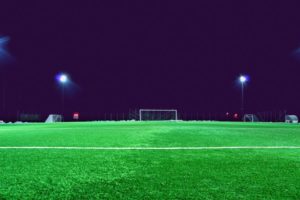