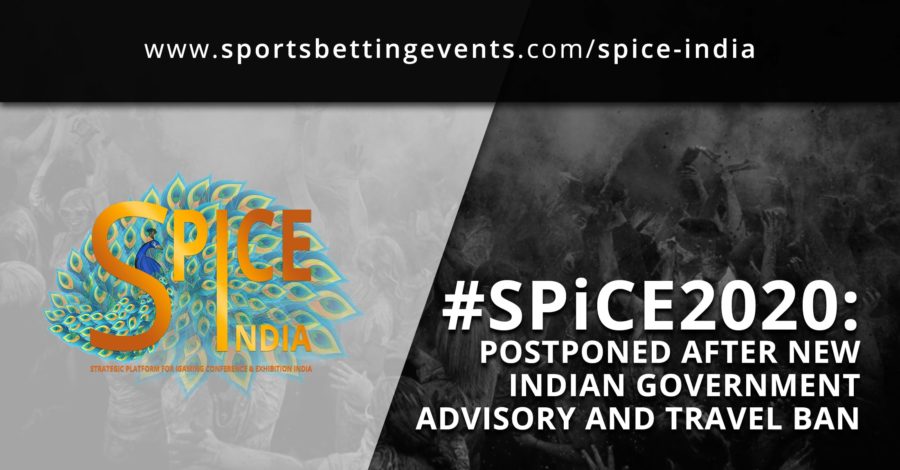 The Indian iGaming show has been postponed and organisers will announce new dates in due course.

India.- The organisers of SPiCE India has taken the decision to postpone the expo due to the on-going Coronavirus crisis.

In a press release issued this morning, they said:

Based on developments in the last 24 hours relating to the travel advisory issued by the Indian government which cancels existing visas until 15 April, Eventus International has concluded that it is impossible to continue with SPiCE India 2020 as per its current schedule of 25-27 March 2020.

The organisers, at this time, are left with no choice but to postpone SPiCE India 2020, which will be rescheduled. New dates will be announced shortly after discussions with stakeholders and advisors.

Expressing disappointment at the postponement, Yudi Soetjiptadi, Managing Director of Eventus International, said, “Although our team was fully ready to host the event as per schedule and all preparations were done, due to recent developments and the most recent travel ban issued by the Indian government, it is impossible for us to continue with SPiCE India 2020 on schedule.

“We are evaluating the situation further and will discuss with our advisors and stakeholders before making an announcement on the new dates. Despite this postponement we look forward to welcoming all our clients to the third annual SPiCE India on its new dates. We hope everyone stays healthy and safe!”

The Eventus International team said they would hereby like to thank all SPiCE India 2020 participants for their support and understanding in the matter which is beyond our control.

They would also like to give all participants the assurance that the event will take place on the new dates once decided, and Eventus International will continue to promote SPiCE India through their various channels for optimum brand exposure for all current sponsors and exhibitors.