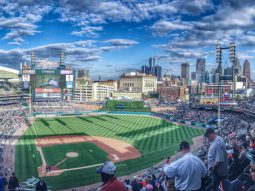 Chinook Winds Casino in Lincoln City will launch its sportsbook next Tuesday.
by Paul Lancaster

The Chinook Winds Casino in Lincoln City, Oregon, has announced the launch of its sportsbook on Tuesday, August 27.

US.- Oregon wants to be part of the list of states in the US to launch sports betting operations. The Chinook Winds Casino in Lincoln City has revealed that its sportsbook will start operating on Tuesday, August 27.

Will Robertson, Chinook Winds director of casino operations, said that they’re expecting the casino to be busy on Tuesday. “There may be lines to get your bets in,” he said. Sports betting will only be available at the casino, despite the state allowing mobile sports betting.

Chinook Winds, owned by the Siletz tribe, hired Las Vegas Dissemination Co. as the technology provider for the sportsbook. The company is a national leader in pari-mutuel betting. In our search for a service provider, LVDC stood out from the start,” Robertson said.

The Oregon Lottery will kick off its own sports betting games, though this won’t happen before the start of the NFL season on September 5. Spokesman Matt Shelby said that they will launch two to three weeks into the season.