The three tribes of the state of New Mexico owe gambling authorities US$40 million in a free play in casino slots dispute, regulators say.

US.- According to the gambling authorities of the state of New Mexico, the three tribes owe them US$40 million in casino revenue. The money is related to a dispute on the use of free play in casino slots and its taxes.

Operators in the state usually use these free credits to seduce potential clients into playing in their slot machines. But, if they lose, there’s no income reported in casino financial records for tax purposes. However, as Gambling Insider reported, state regulators argue that all casinos should pay tax on all earnings from gamblers and are claiming the payment of taxes on free play wagers.

Last April, regulators demanded payment for the use of free credits depite that the 2015 compact agreement signed between the state and the tribes didn’t count them in the definition of taxable revenue. Nonetheless, they still argue that Tesuque Pueblo owes US$3.2m, Sandia Pueblo US$26.5m and Isleta Pueblo US$10.3m. There might be other debtors but these are the only ones already in dispute.

While the tribes say that it’s an illegal tax that violates federal law and have filed a lawsuit against the state, New Mexico authorities still claim the payment. Susana Martínez, a spokeswoman for the state’s Governor said: “We simply believe in being accountable for state dollars. However, we have only been made aware of this lawsuit and cannot comment further.” 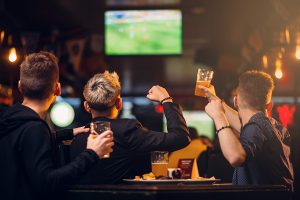 Arkansas: Cherokee Nation given go-ahead for Legends Resort and Casino