Fifteen years after Las Vegas Sands dropped its joint venture partner AAEC from its Macau gaming bid, the firm is expected to go to trial soon.

Macau.- Las Vegas Sands (LVS) will appear in a Macau court soon in a case involving its 2002 decision to drop the Asian American Entertainment Corporation (AAEC), its former venture partner, from its local gaming concession bid. After an extense legal process, the Court of First Instance will see the US firm appear in a date that’s yet to be confirmed (between 2018 and 2019).

As reported by AGB, AAEC claims that the cancelling of the joint venture (LVS decided to leave them to join Galaxy Entertainment Group) was unjust. However, Sheldon Adelson’s company argues that the agreement with them had already expired when they changed partners.

“There is no doubt the agreement was breached; the question is whether it was still in force,” a source said to the Macau Daily Times. This latest decision means “it is now unquestionable that [LVS] will undergo trial,” it added and also highlighted LVS (failed) efforts to avoid a trial.

Marshall Hao, AAEC head, wants a 70 percent stake in the concessionaire company as compensation and said: “Asian American had over 70 percent of a joint venture with [LVS], which we invited to bid in Macau. However, [LVS] got a whole gaming sub-concession, whilst we got nothing.” 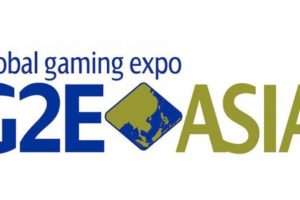