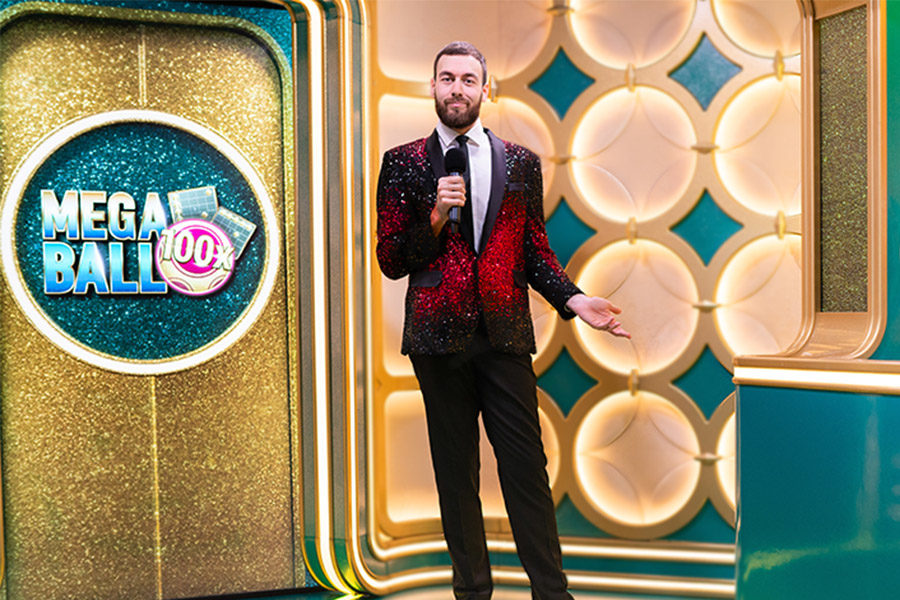 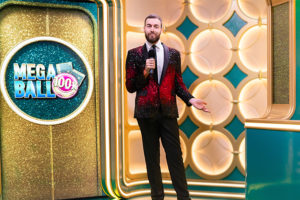 The uniquely entertaining Mega Ball game show features up to two Mega Ball bonus rounds in which players can multiply their winnings by up to 1,000,000x their bet! Using the familiar bingo-style random bouncing ball mechanics that players know and love, Mega Ball is a simple and engaging game designed from the ground for the widest audience of online players, many of whom may never have played Live Casino games before. Mega Ball is expected to have massive appeal, since it gives players the opportunity of big wins, while combining the best-loved elements of online bingo, lottery and slots games.

Mega Ball features a custom-built ball machine that houses 51 balls, of which 20 are randomly drawn one-by-one in each game round. Players simply sit back and watch in anticipation to see if the numbers on their cards match the balls drawn. Up to 12 lines per card are available and the more lines players make, the more money they can win. Central to the game’s theme is the drawing of a 21st ball – the much-anticipated ‘Mega Ball’ – to which RNG-based random multipliers are applied of between 5x–100x. If the player creates a line with the Mega Ball number, their winnings are multiplied accordingly.

Chief Product Officer at Evolution Gaming, Todd Haushalter said: “With Mega Ball we wanted to create a game that has huge prizes, drama and excitement. Bingo is a hugely popular game with lots of players and lotteries are loved the world over, so we decided to combine the two and also add a huge slot machine to create Mega Ball! I think players are going to love this game!”