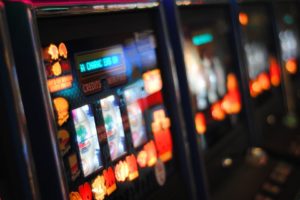 While the transaction is subject to regulatory approvals, it is likely to close this year.
by fsaffores

Eldorado has revealed that it will sell the casino resort in Shreveport to Maverick Gaming for US$230 million.

US.- Eldorado Resorts announced on Monday that it has entered into a definitive agreement to sell the Eldorado Resort and Casino in Shreveport, Louisiana to Maverick Gaming for US$230 million in cash.

While the transaction is subject to regulatory approvals, it is likely to close this year. Before this transaction can happen, the company expects to close the previously announced merger with Caesars Entertainment.

Tom Reeg, Chief Executive Officer of Eldorado, said: “The agreement to divest the Eldorado Shreveport is consistent with our continued focus on reducing debt ahead of the expected closing for the Caesars transaction in the first half of 2020.”

The merger between Eldorado Resorts and Caesars Entertainment is set to create the US largest casino owner.

The US$17.3 billion merger deal with Caesars, which includes debt, will reach completion sometime in the first half of 2020. The company could reduce some of the debt by separating the sports business.