The only casino in Cyprus will be operated by a Melco-Hard Rock consortium.

Cyprus.- National Finance Minister Harris Georgiades revealed the government’s intentions to move forward with the casino legalisation in the island. The gaming venue, which will be operated by a Melco-Hard Rock consortium, would be able to start its construction by mid-2017.

During a Parliamentary Committee meeting on development plans and public expenditure control yesterday, the official said the first casino in the country would be approved in the next few weeks. The government is on the final phase of negotiations with the future operator, Melco-Hard Rock Resorts Cyprus.

The joint venture conformed by two of the most relevant companies for the international gaming industry won the national license last November. The consortium competed with Cambodia’s NagaCorp, and Philippine operator Bloomberry Resorts during the licensing process.

Legislators would be signing the updated agreement next week and the project would be evaluated by the Cyprus National Authority for Gaming and Casinos. Once the bill is completely approved, the companies would be able to start the construction of the gaming venue in Limassol city. 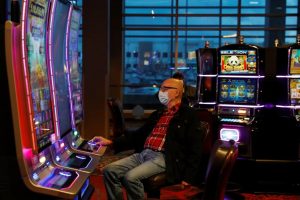