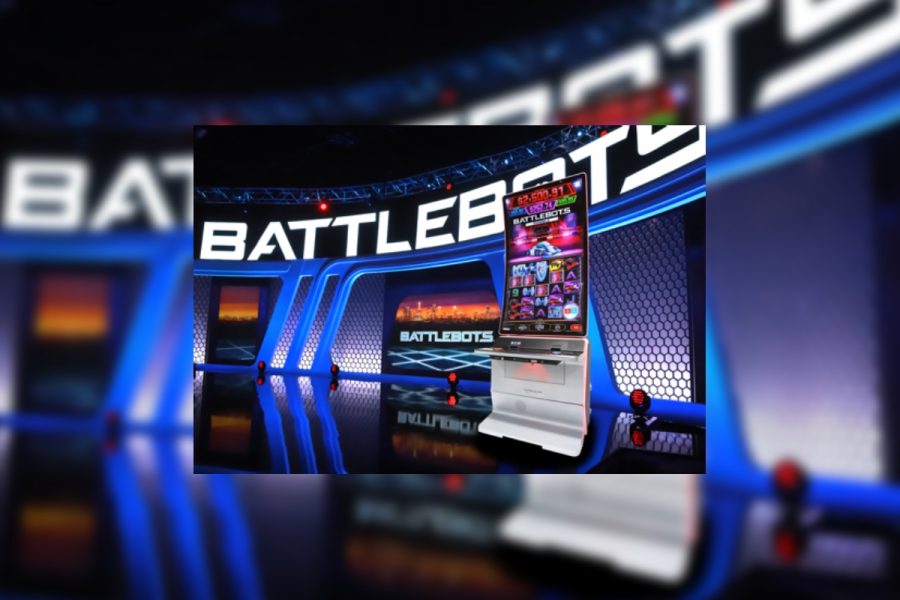 This slot game includes some of BattleBots’ most iconic robot competitors.
by laurap

Developed by Konami Gaming, Inc., the slot machine is now previewing to the public during the 2021 World Championship.

Developed by Konami Gaming, Inc., a global leader in casino gaming, the industry’s first BattleBots slot machine is now previewing to the public at Caesars Entertainment Studios during the new season taping and 2021 World Championship.

This slot game includes some of BattleBots’ most iconic robot competitors like Tombstone, Witch Doctor, HyperShock, and more. BattleBots slots take players on combat to cash as robots strike, swing, shove, slice, and smash with each spin, toward the win!

“For more than two decades, BattleBots fans have taken part in the competition’s most exciting moments. Now BattleBots slots are taking robot fighting time to the casino floor, as another way to join in iconic scenes and machines from the show with a cash chance,” said Edward Roski (Trey), BattleBots creator and CEO.

And he added: “Teams and audiences here at the 2021 World Championship event have been truly wowed by the slot game’s unique creativity and massive presence. We’re thrilled to work with Konami to bring BattleBots to the gaming arena.”

“When people across the world watch BattleBots, it gives a sense of excitement, competition, curiosity, and wit, unlike any other competition. There is no combat sport quite like BattleBots. And there’s no casino slot quite like BattleBots,” said Tom Jingoli, executive vice president & chief operating officer at Konami Gaming, Inc. “We put the BattleBox into a casino slot—where the battle is a bonus and the Giant Nut is a Grand Jackpot.”

The new BattleBots slot series is displayed at the live taping of BattleBots Season 6, at Caesars Entertainment Studios in Las Vegas through September 4, 2021. Tickets are available to the public ($40-$200) and can be purchased by visiting the BattleBots ticketing page.

The slot game’s general release is scheduled for next year.