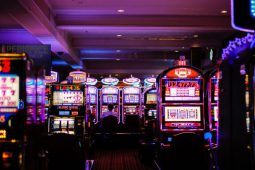 Total gaming revenue in Atlantic City was US$338.8 million, representing a 13% increase when compared to August 2018.
by Paul Lancaster

US.- The New Jersey Division of Gaming Enforcement (DGE) released on Thursday the financial report from August. The city managed to post a double-digit increase in gaming revenue, mainly because of online gaming and sports betting’s performance.

James Plousis, chairman of the Casino Control Commission, explained that the results show there is a great deal of customer interest in Atlantic City’s offerings. He said that operators have made strides adjusting in a competitive environment.

Revenue for online gaming operations was US$41.1 million in August and marked the first time that Atlantic City tops the US$40 million mark since the segment’s legalisation in 2013. Golden Nugget was once again the best performer with US$15 million generated in revenue, an impressive 84% increase.

The sports betting segment in New Jersey was legalised in June 2018. One year later, the segment accounted for US$11.2 million in revenue in August, which is a 115% increase over the same period last year. Atlantic City casinos generated approximately US$6.7 million, specifically thanks to DraftKings and its partnership with Resorts Casino Hotel.

Press of Atlantic City quoted Steve Ruddock, content director at BettingUSA.com, saying that adding sports betting has been great for New Jersey online casinos. “Revenue has surged to unprecedented levels over the last year, and that growth links to online sports betting,” he said. “August is a perfect example. It was a record-setter for online casino revenue, and year-over-year growth was an astounding 66%.”