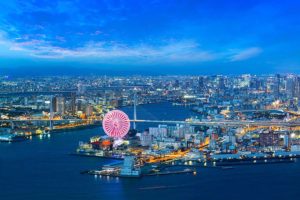 Observers expect Japan's IR process to be delayed by six to 12 months.
by paulak

Bay City Ventures managing director Joji Kokuryo says the country would be better to avoid any delay creating an overlap with Macau retendering.

Japan is currently due to grant three casino and resort licences by 2021 but has yet to publish its basic policy on guidelines for private partner selection and bids. That was due to be published on July 26 but has been delayed, with no specific timeframe announced so far.

Kokuryo said: “At this rate we are not going to hit that date, it’s not a very viable date considering that there is still no national policy.”

He said concession retendering in Macau in two years’ time will likely put pressure on Japan to ensure the process is not delayed by more than a year if the country seeks to attract operators present in the Macau market.

He said: “It would be in their best interest to make sure it doesn’t overlap with something that is already a heavy burden on these companies . . . realistically I think we are looking at six months or a year for the extension.”

As for cities and operators dropping out of the IR race, Kokuryo said major consortia partners could in theory swap their original operator partners before submitting their IR business plan to the central government.

He said, for example, that although MGM has dropped out as a potential private partner in the Osaka bid, the consortium with Orix could remain in the race.