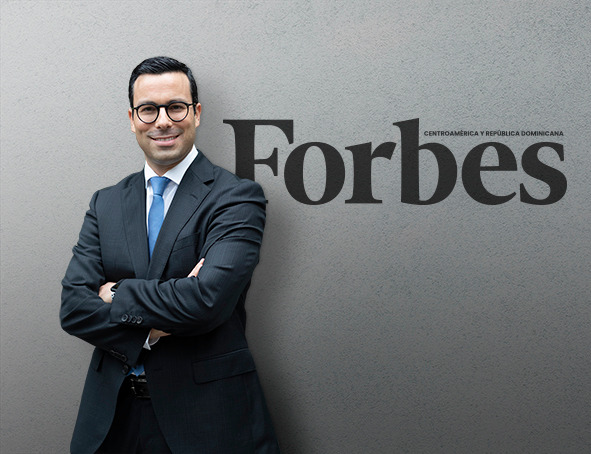 The CEO of Grupo Tenlot, a lottery operator, is highlighted in the FORBES edition for turning the lottery into a platform for social development.

The prestigious international magazine FORBES, in its latest Spanish edition, published an article in which it catalogued as successful the work of Yossi Abadi, social leader and CEO of the international lottery operator, Tenlot Group, as one of the most recognised Israeli investors in Latin America, with major projects in Costa Rica, Guatemala, El Salvador and the Caribbean, among others.

Forbes, highlighted Abadi and TENLOT Group as one of the most recognised Israeli investors in Latin America, with major projects in Costa Rica, Guatemala, El Salvador, and the Caribbean, among others.

Abadi, an Israeli lawyer and businessman, is the CEO of the Tenlot Group, an international lottery operator founded by Israeli billionaire and philanthropist, Jacob Engel.

According to FORBES, “Abadi has given a more interesting twist to the lottery industry, giving a social value and sense, leading the concept of lotteries as a platform for development and humanitarian support.”

“For the entrepreneur, it is not only to look for business opportunities that generate profitability, but it is also important to look for a transformative axis for society.”

“There is nothing more sacred than the blessing of being able to help others. The Tikkun Olam, a concept of Judaism that means ‘repairing the world’ is what guides me day by day,” said Abadi to the economic magazine, which published his article under the title: “The best known Israeli in Central America bets on the Region”.

In recent years, the TENLOT Group has positioned itself as a social leader in the countries where it operates, especially in Africa and Central America.

Labelled in the past as the “new star of the world lottery”, Abadi has reiterated that the lottery has and should be a tool to encourage social investment in the country.

In an interview granted to Focus Gaming News in 2020, Abadi said

“I think we have cracked the perfect lottery formula.” According to the entrepreneur, “many believe that the success of an operation is based on a successful and competitive prize matrix, advertising investments or new digital products.”

He added: “I firmly believe that success is created by giving people a sense of social engagement, something to identify with; People today are looking to be part of something bigger than just a prize, and that’s where we lead – in the social sense, supporting community needs, contributing to national development in the countries where we operate. This trust generates more sales and more social impact”.