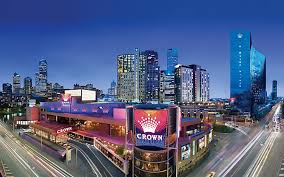 Crown Resorts have announced profits from before the Coronavirus pandemic hit.
by fsaffores

Australia.- Crown Resorts has announced profits from before the Coronavirus pandemic hit, foreshadowing losses expected in the coming months.

Figures announced are up to the date of March 23, where its operations in Melbourne and Perth ceased gaming activities.

In a press statement, Crown said: “During the period in which gaming activities and other non-essential services are suspended, costs incurred and any limited revenue received should be treated as significant items, including those associated with Crown Melbourne, Crown Perth, Crown Aspinalls, corporate costs and equity accounted results, as well as any related income tax expenses.

“Crown also considers that the performance of Crown’s wagering and online social gaming operations (which have continued to trade during this period) as well as depreciation and amortisation and interest should not be included as significant items.

“These are matters which will be discussed with Crown’s auditor as part of its normal year end processes.”

In April, Crown announced that 11,500 employees would stand down to fight the financial impact of Covid-19.