The company reported a decrease in net revenue and EBITDA during the first quarter of the current fiscal year.

US.- Mohegan Gaming & Entertainment announced this week its operating results for the first fiscal quarter ended December 31, 2018. Both its net revenue and EBITDA suffered a decrease during the three-month period.

Net revenues totalled US$319.5 million, which represents a 3.6% decrease when compared to the US$331.5 million in the prior year. Income from operations also suffered a 21.2% decrease to US$43.4 million, which is approximately US$12 million less than what was registered in the same period a year before. Adjusted EBITDA was US$71.9 million, a 5.4% fall.

Consolidated net revenues declined modestly during the quarter, driven by slightly lower gaming revenues at Mohegan Sun and Mohegan Sun Pocono, and continued increases in promotional activities in the Mohegan Sun Pocono gaming market.  These factors, combined with higher slot taxes assessed by the Commonwealth of Pennsylvania and increased healthcare costs, all contributed to the year-over-year decline in Adjusted EBITDA, explained the company.

Mario Kontomerkos, President & Chief Executive Officer of MGE, said: “While consolidated first quarter revenues and Adjusted EBITDA were modestly below prior year results, we remain encouraged, as overall gaming volumes at our flagship property, Mohegan Sun, were better than expected following the first full quarter of increased competition in the Northeast gaming market.” 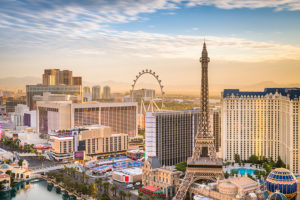