The Senate of Australia has passed the bill that prohibits online casinos and poker services.

Australia.- The end of online gaming activity in Australia could be near as legislators have agreed on passing the Interactive Gambling Amendment Bill 2016, introduced last year by Human Services Minister Alan Tudge. The national Senate approved yesterday the bill that could completely limit iGaming platforms.

The Interactive Gambling Bill could become effective in a month although several supporters of regulated online gaming industry presented their arguments to the Senate’s Environment and Communications References Committee. The poker sector gathered the testimony of local online players explaining the need of regulating rather than banning the activity.

The bill says that “prohibited services under the IGA include online casino-style gaming services of chance or mixed skill and chance, such as blackjack, roulette and poker, which are played for money or anything else of value. Wagering and lotteries are permitted under limited circumstances.”

The measure also bans live sports betting: a modality that let gamblers place in-play bets over the phone once the game had begun. 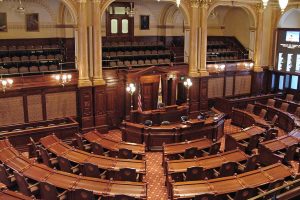