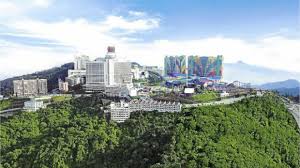 Japanese public opinion against IR as high as 62.4% according to a poll.

Japan.- Just 22.8% of Japanese people support the construction of integrated resorts across the country, according to the latest poll from Jiji Press.

It is believed the recent casino bribery scandal has had a strong negative impact on the public opinion.

However, plans for developing an integrated resort in Osaka are already underway with the city aiming to become the Las Vegas of Japan.

The city has named MGM as its sole bidder for operating an IR should it receive one of three permits up for grabs.

Of the people asked, even those who support the ruling conservative government opposed the plans with 53.2 percent saying the did not believe the country should construct IRs.

Polls have also found a weakening of public support for the Abe Cabinet in recent weeks and months.