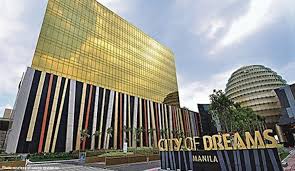 The company saw revenues fall 49% during the year due to competition from small-town lottery operators and a temporary suspension of PCSO and keno operations in the third quarter of 2019.

Belle Corp’s principal asset is the City of Dreams Manila in Entertainment City, which is being leased on a long term basis to Melco.

To help overcome the dip in revenues and profits, the company decreased total costs and expenses by 16 percent to record net income of PHP3.4 billion (€60.3 million) for the full year.

It was not all doom and gloom for the company; Belle Corp saw an 11 percent increase in revenues in its real estate operations, reaching PHP3.5 billion (€62.1 million) in 2019.

This mostly came from Belle’s lease agreement with Melco.